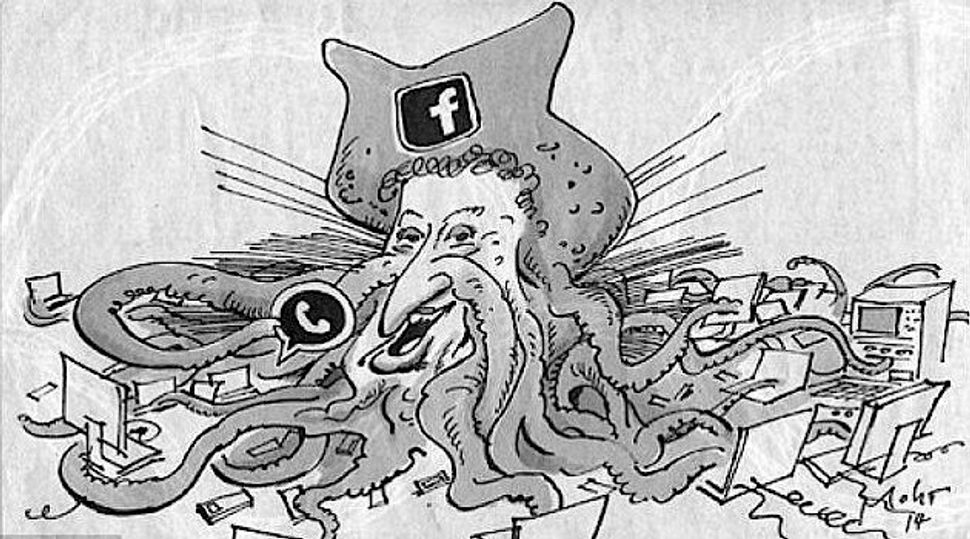 A caricature of Facebook founder Mark Zuckerberg in a German newspaper has drawn charges of anti-Semitism against the artist and newspaper.

As a comment on Facebook’s acquisition of WhatsApp, announced last week, artist Burkhard Mohr depicted the 29-year-old Jewish entrepreneur as an octopus reaching with its tentacles to control social media in the daily German newspaper Süddeutsche Zeitung. With its exaggerated features, including a long nose and thick lips, the cartoon octopus resembles in more ways than one the cartoons published by the rabidly anti-Semitic Julius Streicher in his Nazi-era ”Der Stuermer” magazine.

The Simon Wiesenthal Center has protested the depiction, The center’s associate dean, Rabbi Abraham Cooper, told the Algemeiner newspaper that the cartoon was “an outrage” that proves the artist is anti-Semitic.

But Mohr denied harboring any such sentiments: He told the Jerusalem Post he was shocked by the interpretation of his drawing, and apologized. Mohr has replaced the caricature of Zuckerberg’s face with a gaping maw.