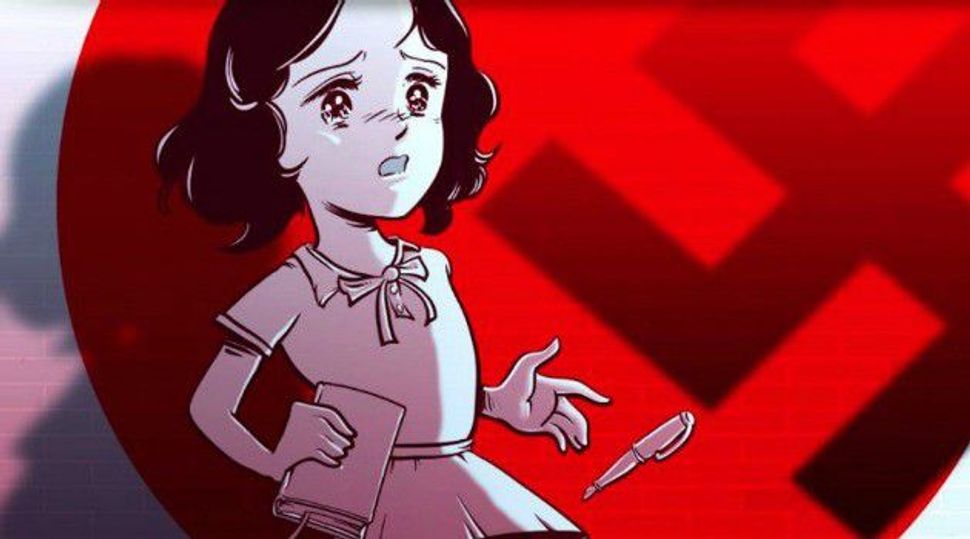 Israel’s embassy in Japan is donating 300 copies of Anne Frank’s “Diary of a Young Girl” to Tokyo libraries following a vandalism spree.

More than 300 copies of the diary and other books about Anne Frank have been found damaged in libraries throughout the country’s capital. Police have established a task force to investigate the vandalism.

The new books were to be presented on Thursday.

Anne Frank’s diary was written during World War II, while the teenager hid from the Nazis in occupied Amsterdam. The book made her a symbol of the suffering of Jews during the war.

The embassy said in a statement that it hopes the donation will “make up for the copies damaged.”

“Her diary is useful to deepen understanding of humanitarian views concerning the Holocaust and related incidents,” the statement said, according to the French news service AFP. “We believe that the people who took this hideous action will be brought to justice.”

Meanwhile, two boxes of Anne Frank’s diary and books about the young diarist arrived Monday at the Tokyo Metropolitan Central Library Monday, sent by an anonymous donor using the name “Chiune Sugihara,” according to the Washington Post. Sugihara was a Japanese diplomat who helped thousands of Jews to escape the Nazis.