Can AIPAC Get Its Groove Back? 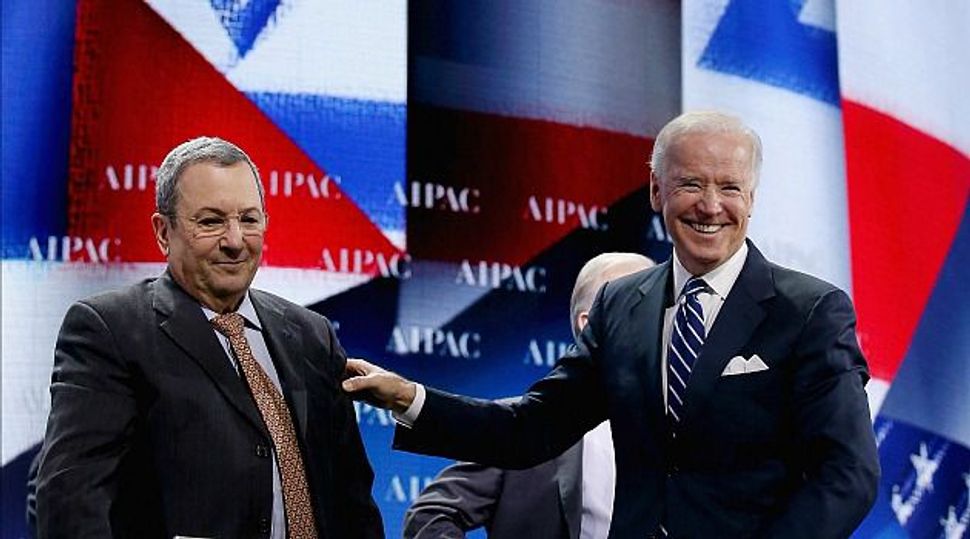 For years, Israeli leaders visiting Washington have been boosted by America’s main pro-Israel lobby, its influence on U.S. Middle East policy long accepted as a matter of conventional wisdom.

But when Prime Minister Benjamin Netanyahu addresses an annual convention of Israel’s U.S. supporters next week, he will find the group trying to show it has not lost its touch after the White House blocked its push for Congress to impose new Iran sanctions.

While no one doubts the American Israel Public Affairs Committee remains a potent political force, AIPAC – and the Israeli government it seeks to bolster in Washington – can ill afford any perceptions of weakness in advancing its agenda at such a critical juncture in U.S.-Israeli relations.

The largest pro-Israel lobbying group will gather at a time when its conservative leadership – not unlike the right-wing Israeli premier – are at odds with President Barack Obama over his diplomatic strategy for resolving the West’s nuclear standoff with Iran, Israel’s arch-foe.

AIPAC also faces questions about how it can move past its biggest legislative setback in years. The stakes are especially high on the Iran issue, the top security priority for both Netanyahu’s government and America’s pro-Israel community.

Scoffing at the notion that the group is on the ropes, an AIPAC source insisted its critics have “lost all perspective” and that differences with the administration are being managed.

AIPAC, which amassed about 100,000 members in its 60-year history, is widely credited with helping to ensure Israel remains a top recipient of U.S. foreign aid, this year exceeding $3 billion, mostly military-related.

After AIPAC lobbyists helped enlist 59 U.S. senators from both major parties to co-sponsor legislation that would impose new sanctions on Iran if negotiations failed, the bill – which had Netanyahu’s blessing – stalled earlier this month.

“They came up against realities on Capitol Hill,” a former administration official said, suggesting that going toe-to-toe on Iran with a Democratic president in a Democratic-led Senate was always a losing proposition. “The question now is whether this will affect AIPAC’s ability to get things done that relate specifically to Israel.”

AIPAC typically works behind the scenes and picks its battles well. Most measures it favors pass Congress with little opposition. But this time it found itself mocked on cable television by popular talk-show comedian Jon Stewart, who accused U.S. lawmakers of behaving like senators “from the great state of Israel.”

The White House cast the sanctions effort as a “march toward war” and Obama threatened a veto, spurring some fellow Democrats behind the bill to peel off. AIPAC still believes if it bides its time, it will have a chance to revive the sanctions drive, a senior AIPAC official said.

It was the second blow to AIPAC in recent months. In September, when Obama sought congressional authorization to strike Syria over chemical weapons use, the group lobbied lawmakers at the White House’s behest. But then Obama backtracked from military action.

While AIPAC’s legislative stumbles have been rare, it has tripped up before. It failed to block President Ronald Reagan’s sale of planes with advanced radar to Saudi Arabia in 1981, and, a decade later, President George H.W. Bush delayed $10 billion in loan guarantees to Israel in a dispute over settlement-building in occupied territories.

AIPAC is predicting a record turnout of 14,000 members and attendance by “more than two-thirds of Congress” at its three-day annual bash.

Even at a time of friction with AIPAC, the White House is dispatching Secretary of State John Kerry, who is trying to craft a framework deal to keep Israeli-Palestinian peace talks going, and Treasury Secretary Jack Lew to address the group.

“We have an open line of communication with the administration,” the AIPAC source said.

The Obama administration has made clear it hopes Netanyahu as well as his AIPAC allies will tone down their opposition while negotiations proceed with Tehran.

But the administration is resigned to taking some flak from Netanyahu. “We don’t dictate his talking points,” said a senior U.S. official, who also insisted that differences with Netanyahu are about tactics, not the shared goal of preventing Iran from developing nuclear weapons.

Wendy Sherman, a senior State Department official who heads the U.S. negotiating team in talks between Iran and world powers, left little doubt that the administration is keeping AIPAC on its radar screen.

“I’ve spoken quite directly to AIPAC. I’ve met with AIPAC,” Sherman told a roundtable of Israeli journalists in Jerusalem last weekend when asked about the group’s role.

“We need to create the space for this diplomacy. And I would urge AIPAC to create this space.”

Despite such appeals, AIPAC appears intent on keeping the heat on the administration over Iran.

AIPAC leaders, in a New York Times op-ed last weekend, denied suggestions that those pushing for further sanctions were “warmongers” and urged Congress to take back the initiative on Iran.

The group believes that while now is not the time for a Senate vote, Iranian intransigence will soften Obama’s resistance and generate broader bipartisan support for legislation that could be introduced before the end-of-July deadline for the talks, the AIPAC source said.

Sanctions could then be triggered if diplomacy fails, the source said.

The White House has made clear that it would oppose any vote on new sanctions during the negotiating process but would be open to such measures if diplomacy breaks down.

While Netanyahu will certainly try to rally the AIPAC faithful when he addresses the group on Tuesday, heated rhetoric on Iran could add to tensions with the administration.

In talks with Obama on Monday, an Israeli official said, Netanyahu intends to stand firm on his demand that any final nuclear deal must eliminate Iran’s ability to enrich uranium, in contrast to the president’s view that Tehran could be allowed to do so on a small scale for civilian purposes.

Though billing itself as strictly bipartisan, AIPAC faces complaints on the left that it has not worked harder to accommodate a Democratic administration. J Street, a smaller, liberal alternative to AIPAC in the American Jewish community, has made modest inroads in its six years of existence.

Still, in a U.S. mid-term election year, there is little interest in picking a fight with AIPAC. Opinion polls show Americans’ overwhelmingly supportive of the Jewish state.

Can AIPAC Get Its Groove Back?