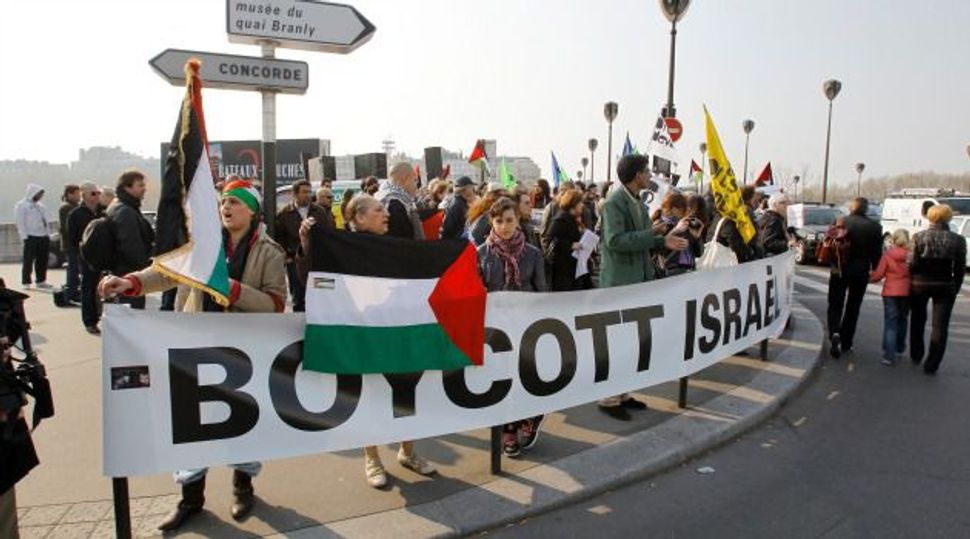 Norway’s Young Men and Women’s Christian Association aligned itself with the Boycott, Divestment and Sanctions movement against Israel, or BDS.

The Norwegian YMCA-YWCA “encourages broad economic boycott of goods and services from Israel and Israeli settlements to pressure the Israeli government to follow up on U.N. resolutions and end the illegal occupation of Palestine,” the organization wrote in a statement published on its Norwegian-language website last week.

With 30,000 members in over 500 different chapters and affiliated Scouts groups, the Norwegian YMCA-YWCA — or KFUK-KFUM in its Norwegian acronym — is among the country’s largest and oldest youth groups.

Conrad Myrland, director of Norway’s With Israel for Peace group, or MIFF, told the Vart Land daily that he considers the youth organization’s move “too weak to be considered tragic. Boycott of Israel is stupid and immoral independently of the support it has from YMCA-YWCA,” he said.

“The only result is that YMCA-YWCA now supports boycotting the only democracy in the Middle East,” Myrland said. “I encourage all individuals and churches to withdraw their support of YMCA-YWCA until the immoral boycott action is abandoned.”

On its website, Norway’s YMCA-YWCA wrote that the organization decided to embrace BDS “because a long series of U.N. resolutions and negotiations for decades have not yielded results. We believe it is now appropriate to initiate an economic boycott of Israel to put increased pressure on the Israeli authorities.”