Amputee Soldier Proposes to Girlfriend on Stage of IDF Gala 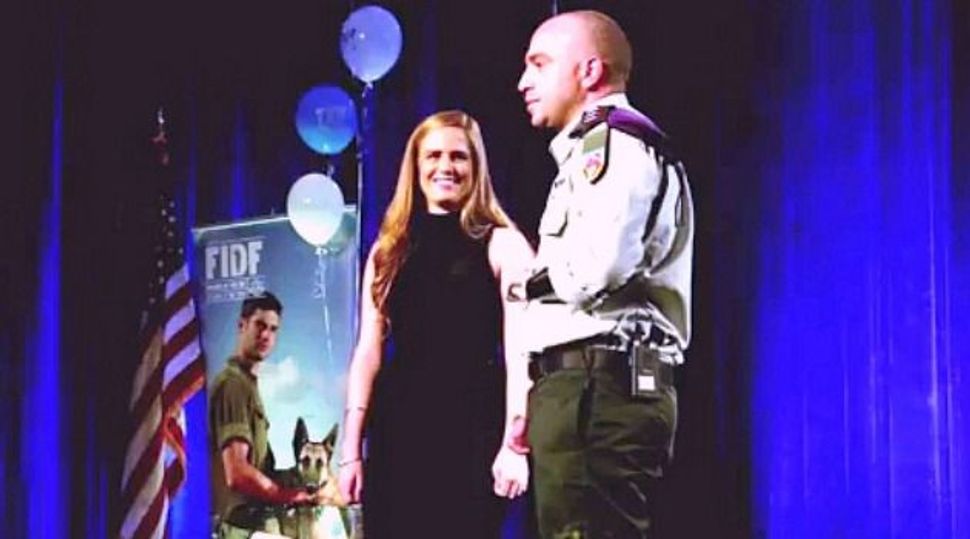 Image by Friends of the IDF

An Israeli soldier who lost his arm in a Hamas terror attack proposed to his girlfriend from the stage of a Friends of the IDF event in Florida.

Capt. Ziv Shilon proposed on Thursday in front of about 1,000 people at the Friends of the Israel Defense Forces’ Greater Miami Chapter Solidarity Gala in Hollywood. His girlfriend, Adi Sitbon, said yes.

The theme of the evening, which raised more than $3.3 million, was “Saluting the Women of the IDF.”

“We, the combat soldiers, are not the only ones who are doing a great job, but so are our wives, sisters, mothers and girlfriends who support us and give us the opportunity to serve Israel,” Shilon said. “FIDF says that our job is to protect Israel; their job is to give us the reason.

“I wanted to take this opportunity to ask my girlfriend, Adi, just one question. You are my hope, my rock, and my everything. I wanted to ask you, will you marry me?”

Watch a video of the proposal here:

Amputee Soldier Proposes to Girlfriend on Stage of IDF Gala