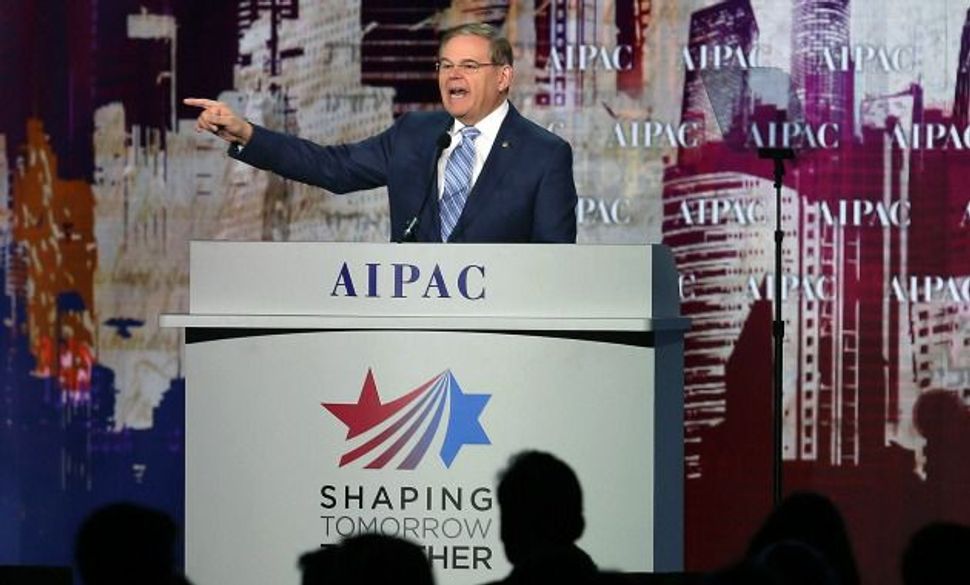 The pro-Israel lobby AIPAC opened its annual conference with an appeal for bipartisanship.

“Bipartisanship is essential,” Michael Kassen, the board chairman of the American Israel Public Affairs Committee, said Sunday in his opening statement to the conference, which drew a record 14,000 activists.

“We must affirm bipartisanship in our own ranks if we want support for Israel to be championed by Democrats and Republicans alike, he said. “AIPAC’s political diversity is critical to our continued success.”

The conference opening Sunday follows a period of tension between the lobby and the Obama administration and Democrats in Congress over AIPAC’s backing for new Iran sanctions, which Obama opposes as a detriment to nuclear talks now underway between Iran and the major powers.

AIPAC last month retreated from pressing for an immediate Senate vote on the sanctions, not wanting to undercut its influence with Democrats. The group is still backing the sanctions bill but is not pressing for a vote until the measure has enough endorsers to bust a promised Obama veto.

A number of conservatives and Republicans have since urged the group to resume its pressure for a Senate vote, even if it would land AIPAC in a partisan battle. Advocates of renewing pressure for a sanctions vote say the stakes with Iran are too high to consider Democratic sensibilities.

Kassen’s remarks seemed directly aimed at those who would advocate for an immediate vote.

In addition to seeking additional endorsers for the sanctions bill, AIPAC delegates who will meet Tuesday with lawmakers will press for the passage of an enhanced U.S.-Israel security relationship bill. AIPAC activists backed the same bill at the last conference a year ago, but it has only made limited headway.

The delegates also will seek signatories on a bipartisan Senate letter to Obama outlining the “core principles” that must come out of the talks with Iran. Chief among them is preventing Iran from “having a uranium or plutonium path to a nuclear bomb.” A similar letter may also come out of the U.S. House of Representatives in time for the Tuesday lobbying blitz.

The “path” wording allows for a degree of flexibility between Israeli Prime Minister Benjamin Netanyahu’s outspoken advocacy for ending Iran’s uranium enrichment capability and the Obama administration’s warnings that Iran likely will have some limited civilian enrichment capability.

Howard Kohr, AIPAC’s executive director, told delegates they would encounter a degree of resistance to their Iran-related advocacy on Capitol Hill.

“When you’re up on the Hill, no matter what reception you receive, no matter how forcefully your member of Congress may express reservations,” he said, “be gracious and be respectful and make clear that the conversation cannot end here, that you will come back.”