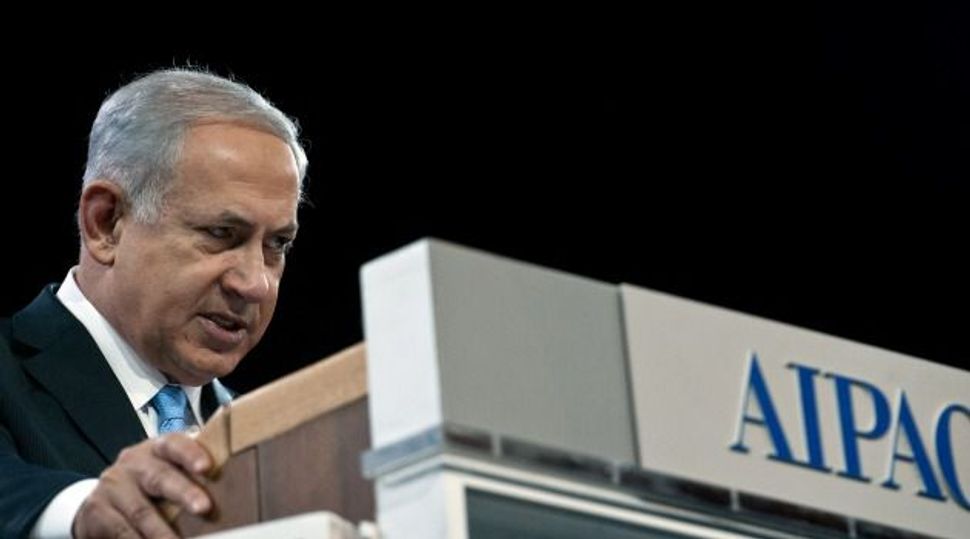 Israeli Prime Minister Benjamin Netanyahu warned world powers on Tuesday not to allow Iran to retain the ability to enrich uranium, and urged Palestinians to recognise Israel as a Jewish state if they wanted peace.

Addressing the pro-Israel lobby AIPAC in Washington after White House talks on Monday, Netanyahu broke no new ground on Middle East issues that have at times strained his government’s ties with the U.S. administration.

Netanyahu reiterated his opposition to the possibility that a deal to curb Iran’s disputed nuclear programme would allow it to retain some technologies that have bomb-making potential.

All of these must be dismantled, Netanyahu said, adding that diplomatic pressure on Tehran should be increased – the reverse of easing of sanctions offered under an interim accord with the United States and five other world powers in November.

“Unfortunately the leading powers of the world are talking about leaving Iran with the capability to enrich uranium. I hope they don’t do that, because that would be a grave error. It would leave Iran as a threshold nuclear power,” he said.

Iran denies seeking nuclear weapons. Israel, which unlike Iran has not signed the nuclear Non-Proliferation Treaty, is widely believed to have the region’s sole atomic arsenal.

Turning to the Palestinians, with whom Israel renewed peace talks last July under U.S. auspices, Netanyahu said he wanted an accord. However, he placed the onus on the Palestinians to recognise Israel as a Jewish state – something they have long balked at.

Netanyahu had harsh words for pro-Palestinian activists abroad that campaign to isolate Israel with “boycott, divestment and sanctions” or “BDS”.

“Everyone should know what the letters BDS really stand for: bigotry, dishonesty and shame,” he said.

In a pledge that signaled both willingness to attack Iran’s nuclear programme as a last resort and refusal to yield on core peace terms, Netanyahu told the lobby: “I will do whatever I must to defend the Jewish state of Israel.”

Netanyahu’s combative remarks came a day after White House talks in which he bluntly told President Barack Obama that he would never compromise on Israel’s security even as the U.S. leader sought to reassure him on Iran nuclear diplomacy and pressure him on Middle East peace talks.