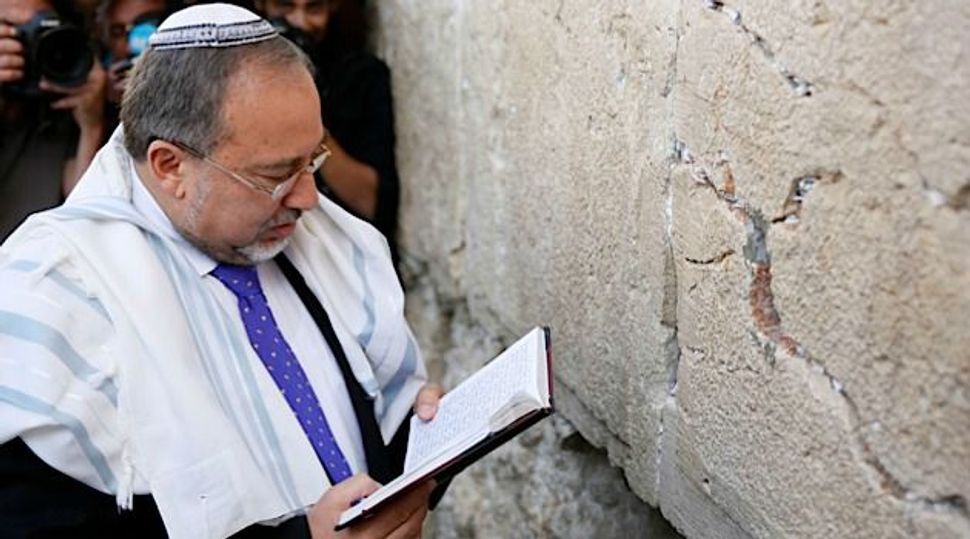 Israeli Foreign Minister Avigdor Liberman wrote on his Facebook page that some members of Knesset represent Hamas, the terrorist organization that governs Gaza.

The comment, reported by Haaretz, came following an Egyptian court ruling outlawing Hamas and shutting its offices in the country.

“We still have Hamas representatives sitting in the Knesset,” Lieberman wrote, according to Haaretz. He added that his right-wing party “Yisrael Beiteinu will keep working to make them illegal here as well.”

According to Haaretz, MK Jamal Zahalka, chairman of the Arab Israeli Balad party, said, “Lieberman’s attack on the Arab MKs reveals his true face. Lieberman expresses diplomatic moderation to win favor with the Americans, but at the same time expresses racism against the Arabs to win votes and cheap popularity.”

Liberman has been accused of targeting Arab Israelis in his statements and legislative efforts before. Yisrael Beiteinu is currently spearheading legislation to raise the percentage of votes needed to enter the Knesset, a move small Arab parties fear could shut them out of the legislative body. Liberman has also repeatedly called for future land swaps with the Palestinian Authority to include heavily Arab areas of Israel.