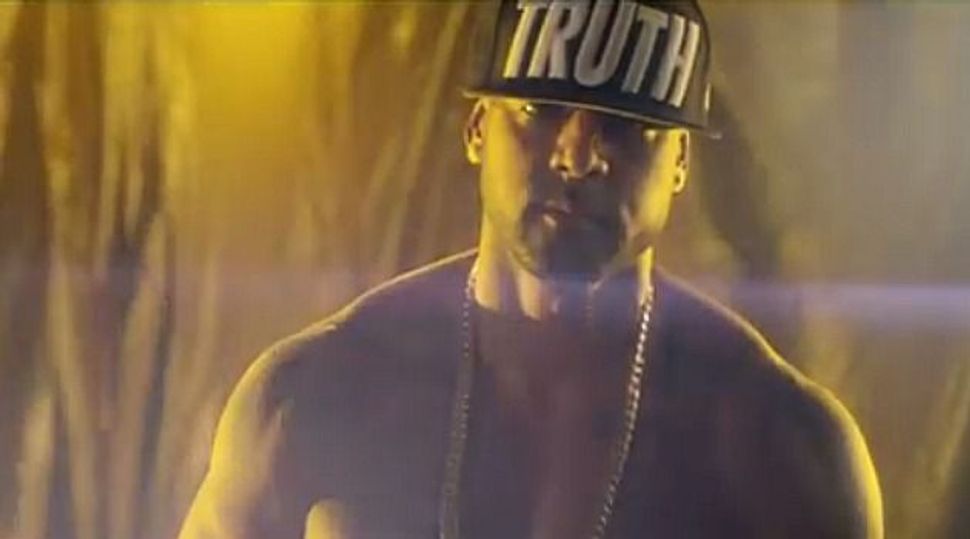 A French watchdog group filed a complaint against a rap artist they accuse of glorifying the anti-Semitic murderer Mohammed Merah.

The National Bureau for Vigilance against Anti-Semitism, or BNVCA, filed the complaint this week against Elie Yaffa, better known in France by his stage name Booba, in connection with the lyrics of a song titled “Porsche Panamera.”

The video was removed from Booba’s official Youtube channel on Wednesday, the day BNVCA published a statement condemning the video.

Mohammed Merah, who killed three children and a rabbi in 2012 in Toulouse, is mentioned twice in the song, which Booba performed together with the rap group S.D.H.S Family.

“We’ll shoot anyone for a cause, Mohammed Merah,” the group sings. “Bang bang in your head, we’ll blow you away, we’re angry like Merah.”

Later in the number, they sing: “Allah Yerahmo [Arabic for ‘May Allah have mercy on him’], because only crime pays off.”

“Booba’s lyrics amount to endorsing the anti-Jewish and anti French killer of Toulouse, who is clearly referenced,” Sammy Ghozlan of BNVCA told JTA.

Booba, the son of a Muslim father from Senegal, last year drew anti-Semitic social media attacks when a song he released called for vengeance for the victims of slavery and the Holocaust.

Booba has sold more than 1 million albums in France.