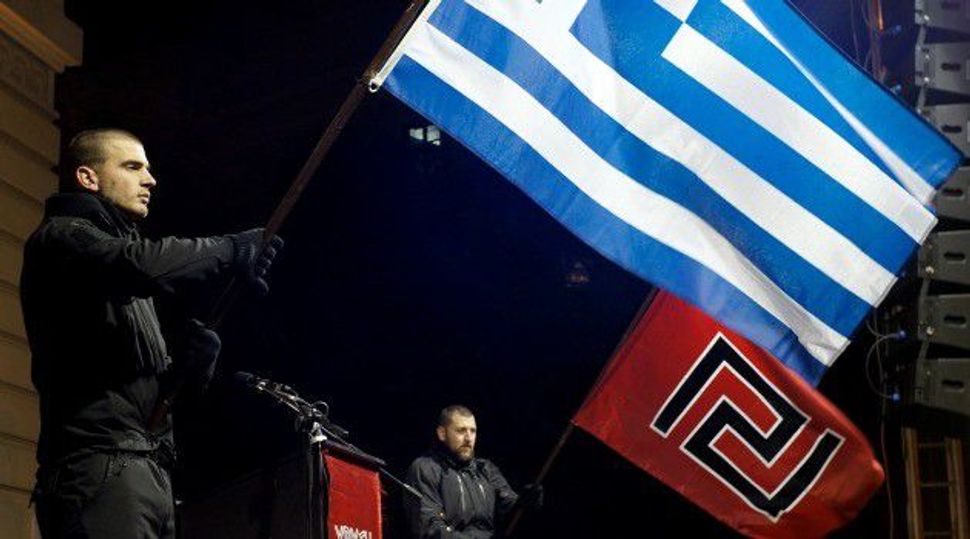 A Greek doctor who posted a “Jews Not Welcome” sign outside his office has been convicted and given a 16-month suspended jail sentence for inciting racial hatred.

The doctor, a 57-year-old neurologist from the northern city of Thessaloniki, identified as Costas Kastaniotis, also was convicted of illegally possessing weapons on Friday in a court in Thessaloniki.

The doctor denied that he had posted the sign, which was written in German. However, police discovered pamphlets in his office linking him to the neo-Nazi Golden Dawn party. The party is known for its Nazi swastika-like flag and Holocaust-denying leadership.

Police also found three daggers, 12 knives and pills without prescriptions at the doctor’s home. Two of the daggers were engraved with Nazi symbols.

Kastaniotis has appealed the sentence.

The Jewish community of Thessaloniki was an important center of Sephardic Jewry for 450 years following the expulsion from Spain. It had a pre-World War II Jewish population of 55,000; now, about 1,000 Jews live there.