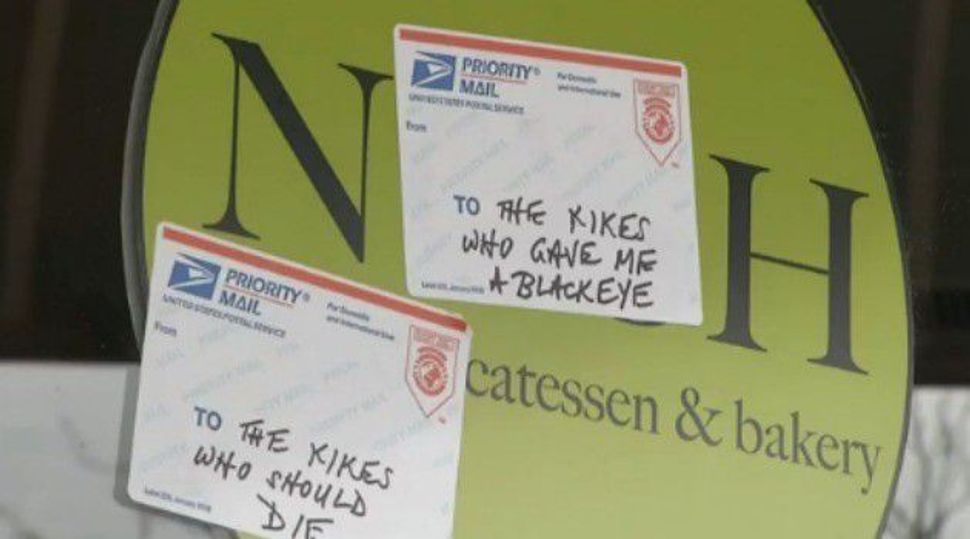 The FBI reportedly has arrested a man believed to be responsible for sticking mailing labels with anti-Semitic slurs on a Jewish deli in Albuquerque.

John Ng, 56, was arrested Friday in connection with the two incidents that occurred at the Nosh Deli in late January and early February, according to local media.

He is expected to appear in U.S. District Court on Monday, according to reports. It is not known with what he will be charged or how he came to be arrested.

Mailing labels with anti-Semitic slurs written on them were stuck to the front door of the Nosh Deli in early February. The stickers also were pasted on the restaurant and the block on which the deli is located, on parking meters and light poles.

Similar labels and messages, including “To the Kikes who should die,” were found on the front door of the deli in late January.

“Part of me wants to meet him, part of me doesn’t want to meet him,” owner Alisa Turtletaub told KOB Eyewitness News 4 on Saturday. “I guess anybody in this situation you want to know why. Why do you have so much hate?”