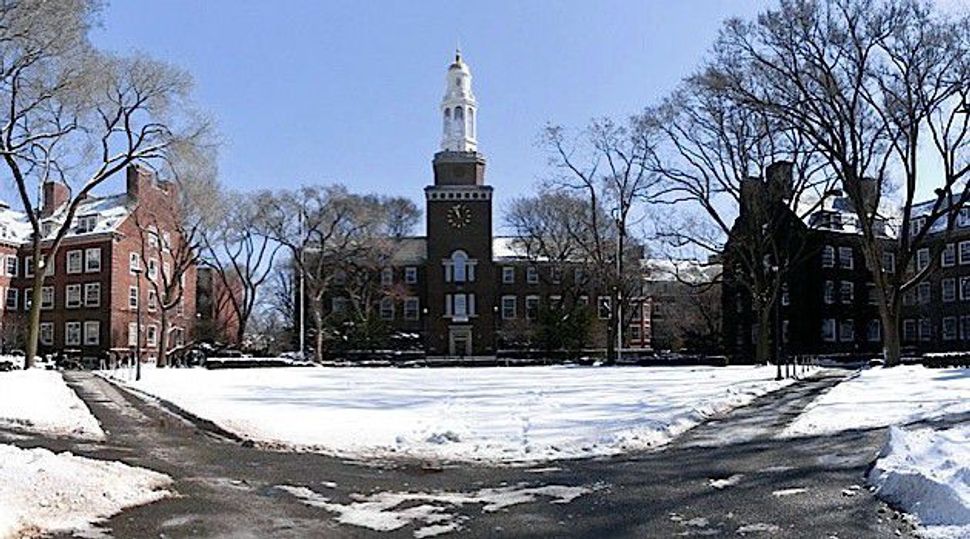 The president of Brooklyn College distributed public events guidelines formulated in the wake of the ejection of four pro-Israel students from a boycott Israel event last year.

Among the guidelines distributed to staff on Friday by Karen Gould was a requirement that event organizers must be affiliated with Brooklyn College.

“The students were removed from the event based upon allegations by Carlos Guzman, an event organizer not affiliated with Brooklyn College, that the students were being disruptive and passing out flyers,” Gould said in a memo to staff describing the events at the Students for Justice in Palestine forum on Feb. 7, 2013 advocating the boycott, divestment and sanctions movement.

“As I stated last spring in a campus-wide communication, based upon the findings of a two-month CUNY investigation of what occurred and interviews with more than 40 witnesses, Mr. Guzman’s allegations proved to be false,” she said, referring to the probe by the City University of New York system.

The guidelines also make clear that diverse political viewpoints should be welcome at events, as long as there is no disruptive behavior.

“It seems to me likely that Mr. Guzman sought the removal of these four students from the event because they held viewpoints contrary to those being promoted by the SJP,” Gould said.