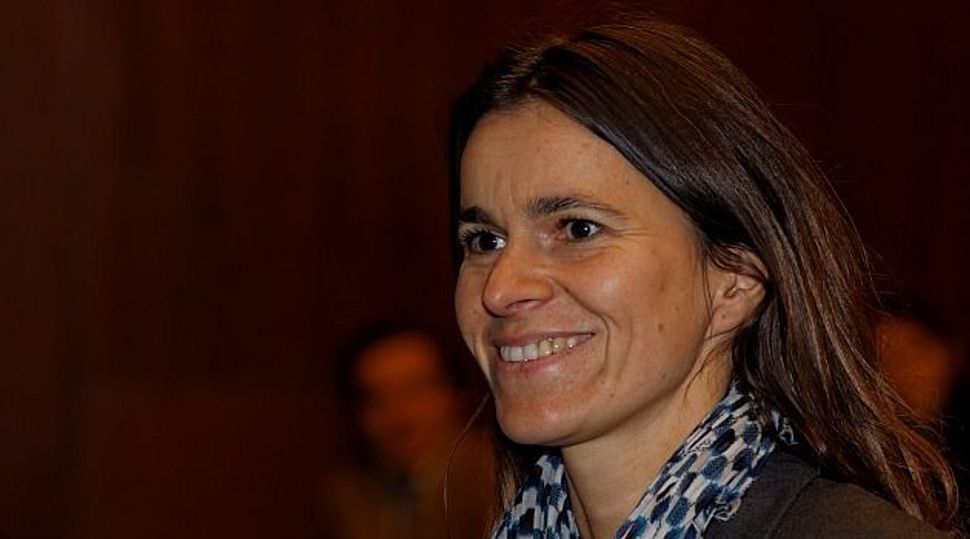 Right Thing: French culture minister Aurelie Filipetti has ordered paintings looted by the Nazis to be returned to rightful owners. Image by wikipedia

Ahead of the French premier of a Hollywood film on art looted by Nazi Germany, France has announced the restitution of three precious paintings.

The paintings are to be returned Tuesday, one day before the premiere in France of “The Monuments Men,” a film on Nazi-looted art starring George Clooney.

The conjunction of these two events is “an opportunity to remind people that Culture Minister Aurelie Filipetti is very attached to this gesture of remembrance,” France’s Culture Ministry told the French news agency AFP on Saturday.

“Portrait of a Woman,” an 18th-century painting, believed to be by Louis Tocque, will be returned to heirs of Berlin Jewish art dealers Rosa and Jakob Oppenheimer.

“Virgin with Child,” by Lippo Memmi or an associate, seized from banker Richard Soepkez in Cannes in 1944 and “Mountain Landscape” by Flemish 17th century master Joos de Momper, belonged to Baron Cassel van Doorn, a Belgian banker who had residences in France and whose property was confiscated in 1943 although he was not Jewish, AFP reported.

About 2,000 works whose owners have not been identified are being held in French museums.

“The Monuments Men,” whose cast includes Matt Damon, Cate Blanchett and French actor Jean Dujardin, tells the story of a group charged with finding and saving artworks and other culturally important items during World War II. It is based on a non-fiction book by Robert M. Edsel.