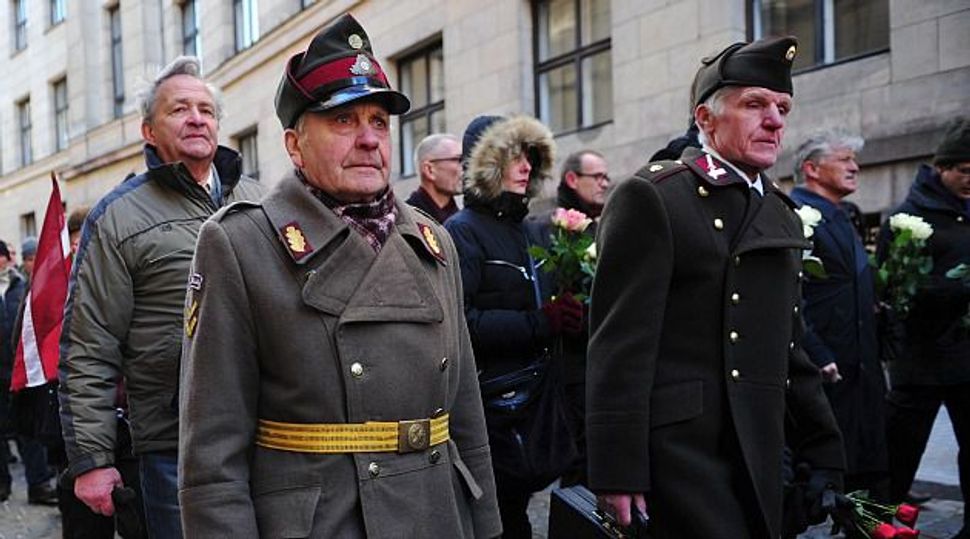 Riga Rally: Latvian veterans of a pro-Nazi group march in Riga. The annual demonstration has taken on new significance with the tension over Russia?s confrontation with Ukraine. Image by getty images

Many of Latvia’s large Russian-speaking minority say the event distorts history, honours Nazism and insults the victims of the conflict.

Russian President Vladimir Putin’s intervention in Ukraine’s Crimea, on the grounds that Russian speakers there need to be protected, has alarmed many in the Baltics. Both Latvia and Estonia have large ethnic Russian minorities whose rights Moscow says are being undermined.

“The Cabinet of Ministers … calls on everyone not to participate in any events,” the government said in a statement, saying the Latvian government wanted to avoid any association with sympathy for Nazism.

Now in their 80s and 90s, the men who joined the armed wing of Adolf Hitler’s Nazi party say they were fighting for Latvian freedom at the end of the war and against the return of the Soviet Red Army.

The veterans, many of whom were forcibly conscripted, say they were front-line troops and did not belong to the part of the SS responsible for killing Jews in the Holocaust.

Before the war, Soviet troops occupied Latvia and thousands were executed or sent to Siberia, many dying.

Latvia was part of the Soviet Union for 50 years before regaining its independence in 1991. It joined the European Union in 2004.