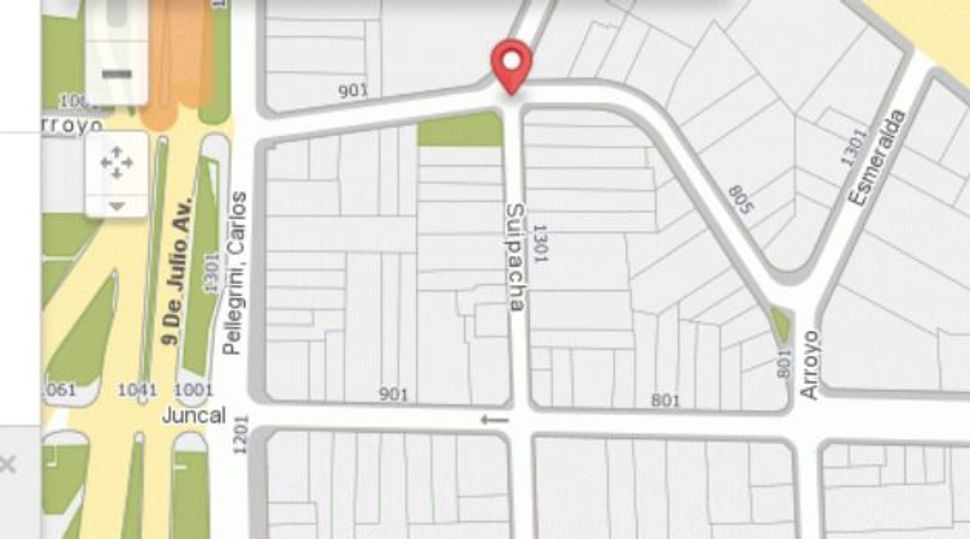 “Here there was life,” or “Aca habia vida” in Spanish, is the name of the commemoration of the 22nd anniversary of the attack on March 17, 1992 that will be included in the map link to the former site of the embassy.

It is the first time that the City Map has marked a memorial area.

Beginning on Thursday, a special section of the map developed by the City of Buenos Aires E Government Department will be uploaded. It will include a short link that can be shared on social media networks.

A youth memorial performance scheduled for March 17 will include a 17-foot icon marker at the corner where the embassy was located.

“It is the first time that we have participated in an initiative like this. I don’t know if there is another precedent in the world. We want to honor the memory of the victims and remember them on this sad day for the city of Buenos Aires,” Daniel Abadie, general director of E Government in the Buenos Aires City government, told JTA.

Those passing through the area with a smart phone can download the map. Anyone looking for places of interest in the area, either searching for that iconic corner or searching for “Israel Embassy” will be able to see the icon reading “here there was life” and information about the destroyed embassy.

The campaign is being produced by the advertising agency BasevichCrea with photographs by Hernan Churba. Both are donating their fees.

“The campaign is centered on lives, lives that were happening here, at the Israel Embassy, 11 years ago. That is why we remember the place where they were killed, we commemorate these people with individual spots such as the one for David Ben Rafael, with a photograph of his kids two days before the bomb.” Javier Basevich, CEO of BasevichCrea, told JTA .