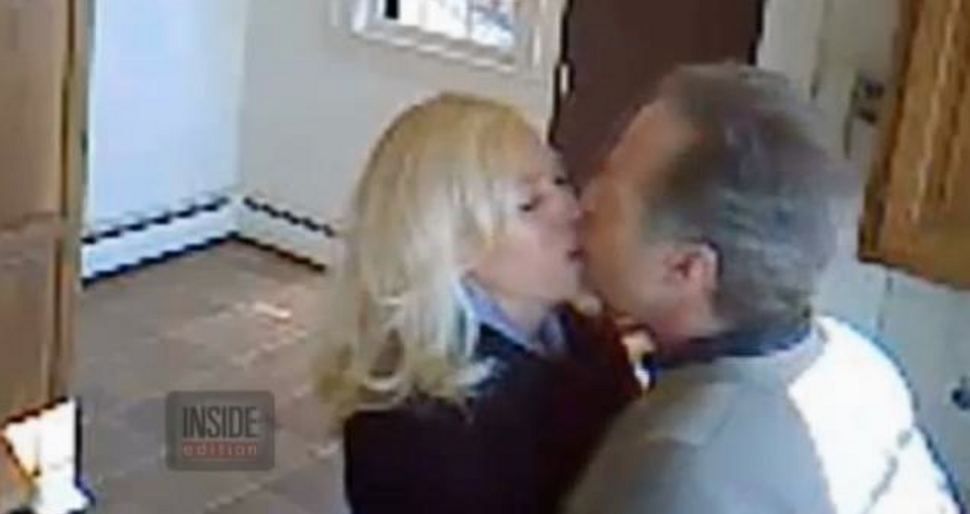 Image by inside edition

Homeowners Richard and Sandra Weiner say the tapes show Richard Lindsay and Jeannemarie Phelan had at least 10 romantic interludes in their home, which they were supposed to be selling at the time.

The homeowners allege that Lindsay overpriced their home by $650,000 so that they could keep buyers away and continue to use the home as a hook-up pad. When the Weiners became suspicious, they called the cops on the realtors, both of whom are already married. Cops reportedly arrived on the scene to find Lindsay pulling up his pants.

“If Coldwell Banker’s realtors put as much effort into selling our home, as they did each other, we wouldn’t be in this situation today,” Richard Weiner told the New York Post.

Since the charges of misconduct began in early 2012, the Weiners have stopped using the agents. In December last year, they filed a lawsuit against the real estate agents for invasion of privacy, emotional distress, breach of contract and trespass in Passaic County court, according to New York Daily News.

A countersuit filed by Lindsay charges the former clients with extortion. “On numerous occasions, plaintiffs, both directly and by and through agents, made numerous demands on Coldwell Banker to be paid $990,000 in order to avoid instituting suit,” the countersuit claims, according to NorthJersey.com.

Segments of the videos, which reportedly show the pair making out in the kitchen, having sex in the master bedroom, and even discovering the moment they realized they were being filmed, aired on the “Inside Edition” television show.

“They trashed my house, destroyed my memories,” Weiner told the New York Post.