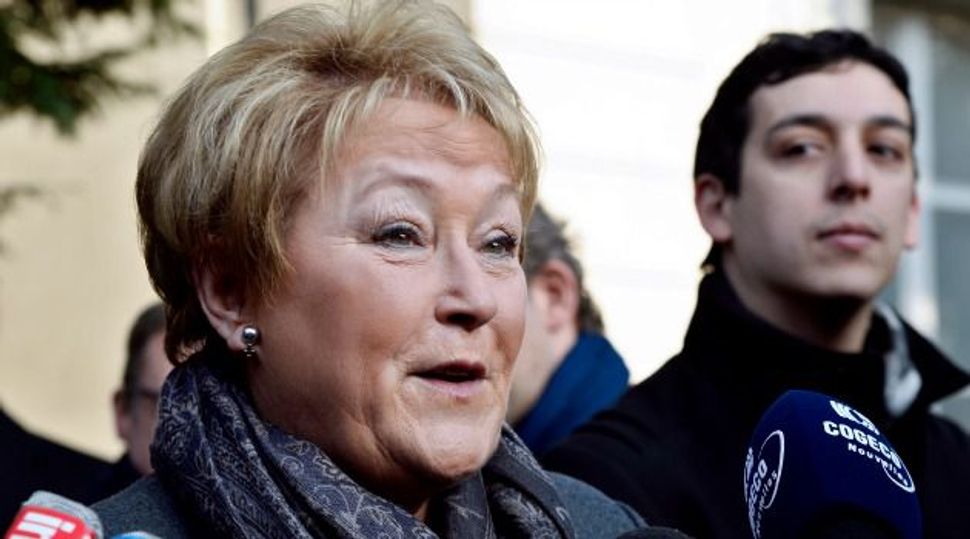 On Saturday, Louise Mailloux, a Parti Quebecois candidate running in a Montreal district, said her past statements that baptism and circumcision amounted to “rape” and that kosher products are a hidden “tax” intended to fund “religious wars” were not intended to offend.

“I never wanted to offend or hurt anyone,” Mailloux said in a release issued by the Parti Quebecois. “If that has happened, I very sincerely apologize.”

On Sunday, the Centre for Israel and Jewish Affairs called the apology “meaningless” and renewed its called on the Parti Quebecois and its separatist premier, Pauline Marois, to “assume responsibility to categorically deny this anti-Semitic conspiracy theory peddled by their candidate.”

In previous writings, Mailloux, who teaches philosophy at a Montreal college, called kosher certification “robbery,” a “rip-off” and a hidden “tax” paid “directly … to the synagogue.” She had also called for a ban on kosher and halal food products.

Mailloux in an interview published Thursday said she “absolutely” stood by her views.

Marois, informed of her candidate’s comments on the same day, backed Mailloux.

“She supports our secular charter [that would ban religious symbols worn by public employees] and I appreciate her support,” said Marois, who added that Mailloux “is an eloquent writer” and “I respect her point of view.”

Marois said the Parti Quebecois is “not an anti-Semitic party.”

The Centre for Israel and Jewish Affairs said Mailloux’s remarks echoed a conspiracy created and spread by the Ku Klux Klan, “and championed by many other racist and neo-Nazi groups.”