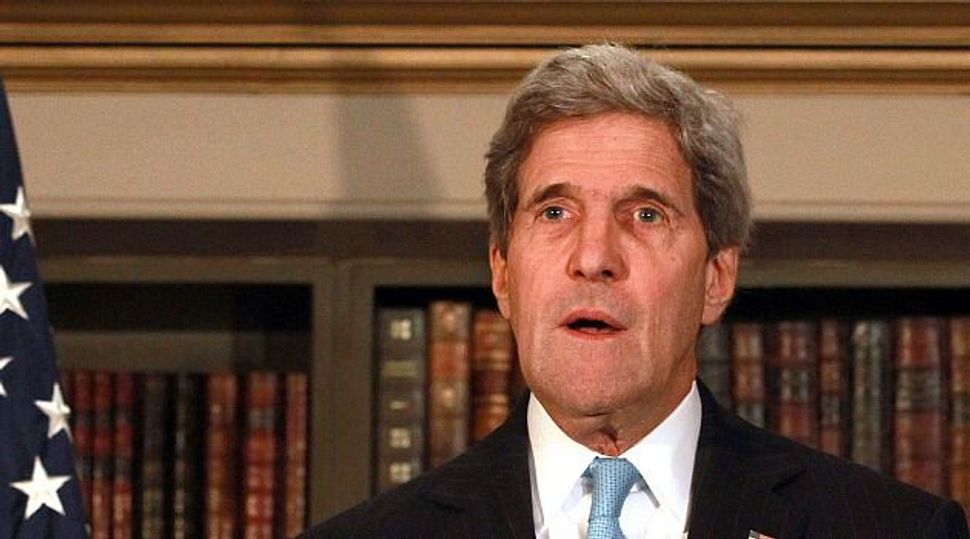 Secretary of State John Kerry urged Palestinian President Mahmoud Abbas on Sunday “to make the tough decisions that will be necessary” before an April 29 deadline for a peace deal with Israel, a U.S. official said.

President Barack Obama meets Abbas on Monday, nearly two weeks after the U.S. leader sat down with Israeli Prime Minister Benjamin Netanyahu, who said he was prepared to make a “historic peace” with the Palestinians but offered no concessions in public.

Kerry brought Israel and the Palestinians back into negotiations on July 29 after a three-year gap, and said at the time that “our objective will be to achieve a final status agreement over the course of the next nine months.”

As the April 29 deadline approaches, U.S. officials have scaled back their ambitions, saying they are now trying to forge a “framework for negotiations” by then. Kerry himself suggested on Feb. 26 a full peace deal could take a further nine months.

The two sides do not appear to have made much visible progress on narrowing their gaps on the major issues in the more than six-decade dispute, which include borders, security, the fate of Palestinian refugees and the status of Jerusalem.

“The secretary thanked President Abbas for his steadfast leadership and partnership over the past few months and encouraged him to make the tough decisions that will be necessary in the weeks ahead,” a senior State Department official said of their meeting on Sunday.

“He also reiterated that we are at a pivotal time in the negotiations and while these issues have decades of history behind them, neither party should let tough political decisions at this stage stand in the way of a lasting peace,” the official added, describing Sunday’s talks as “frank and productive.”