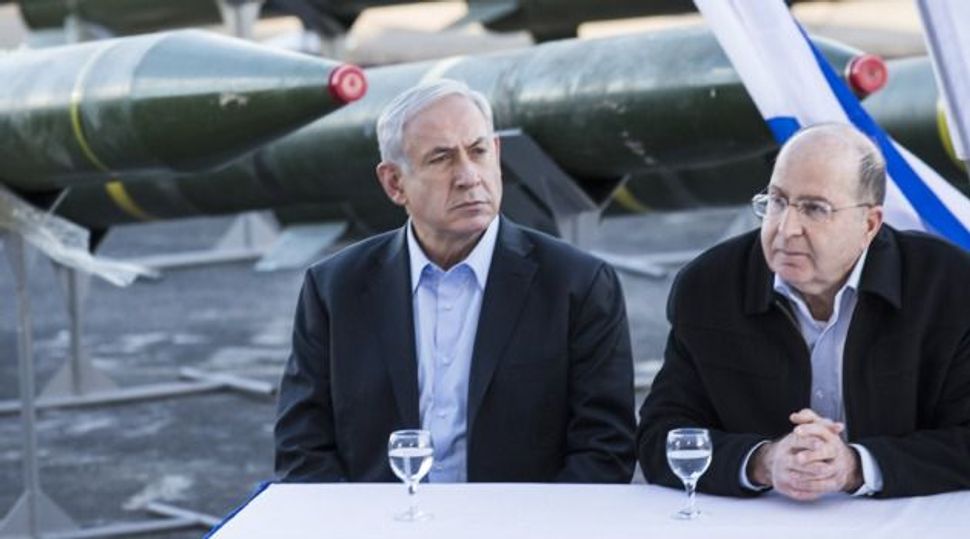 “We had thought the ones who should lead the campaign against Iran is the United States,” Ya’alon said during a speech at an event at Tel Aviv University, according to Haaretz. “But at some stage the United States entered into negotiations with them, and unhappily, when it comes to negotiating at a Persian bazaar, the Iranians were better.” Ya’alon added: “Therefore, on this matter, we have to behave as though we have nobody to look out for us but ourselves.”

Ya’alon previously had been opposed to a unilateral Israeli attack on Iran, under defense minister Ehud Olmert. During the speech, Ya’alon reportedly suggested that President Obama is stringing the Iran issue along so that he can pass it on to his successor. “But in the end, it will blow up,” he said.

He also called the United States weak in Ukraine and around the world.

“We were shocked by Moshe Ya’alon’s comments, which seriously call into question his commitment to Israel’s relationship with the United States,” a senior administration official told Israeli media.