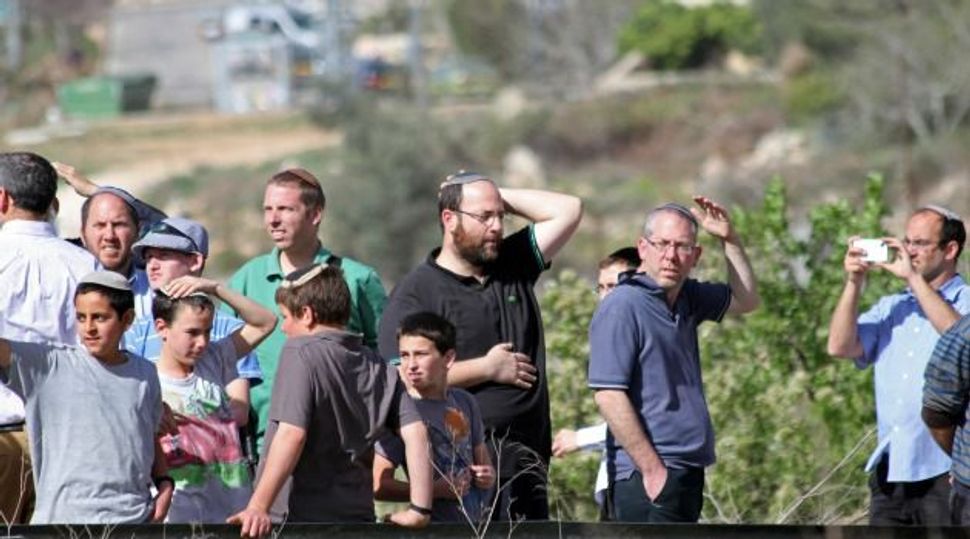 Israel has promoted building plans for 2,372 homes in eight Israeli settlements in the occupied West Bank in the past month, on land the Palestinians want for a future state, an anti-settlement watchdog has said.

The plans, the largest of which is for 839 homes in the Ariel settlement bloc, are at different stages of approval but none has yet been given the final green light needed from the Defence Ministry, Israeli Peace Now said.

Settlement expansion in the West Bank and East Jerusalem, which with the Gaza Strip make up the territory of the Palestinians’ planned independent state, is a major stumbling block in the already faltering peace talks between the sides.

An Israeli defence official said the plans were at the stage of “preliminary and basic discussions”.

A spokesman for Palestinian President Mahmoud Abbas, Nabil Abu Rdainah, said Israel was trying to derail the peace talks: “The Israelis are trying to push the talks to a dead end with this systematic escalation of continuing settlement activity.”

Palestinians say settlements, built on land Israel seized in the 1967 Middle East war and deemed illegal by the International Court of Justice, bar them from establishing a viable and contiguous state.

Israel Peace Now said in a statement on Thursday the new building would “expand dramatically the settlements and … pressure the Palestinians to resign from the current talks.” It called on the government to stop “this wild behaviour.”

Israeli Prime Minister Benjamin Netanyahu said this month his government would be prepared to give up “some settlements” in the West Bank to help secure a peace agreement but that he would limit as much as he could the number of enclaves removed.

An Israeli government report, however, showed this month that construction starts on new settler homes had more than doubled last year. More than 500,000 Israelis have settled in the West Bank and East Jerusalem, areas that are home to about 2.8 million Palestinians.

U.S.-brokered peace talks resumed in July, but the negotiations appear to be making no progress. Washington is struggling to formulate agreed principles that would extend the talks beyond an original April target date for a final deal.