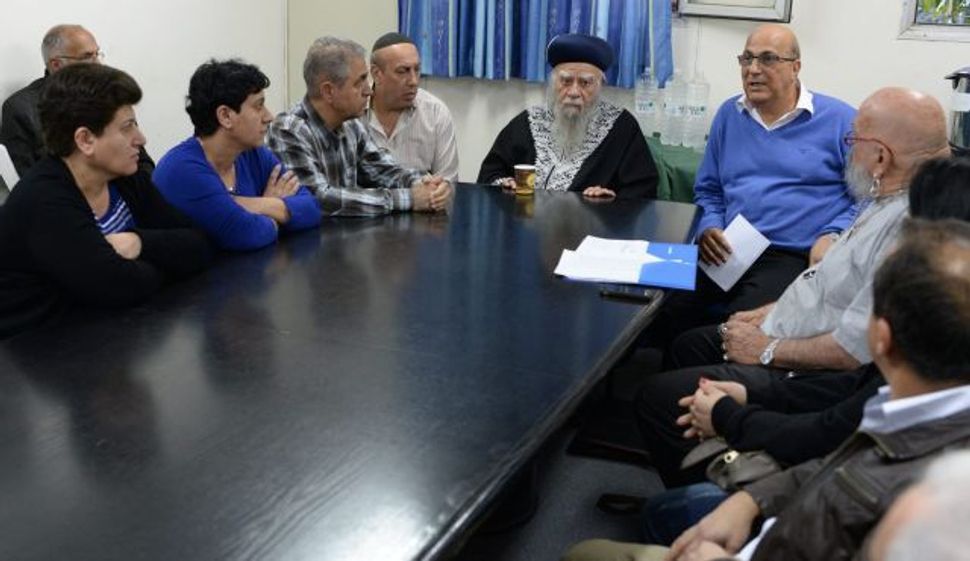 Not Forgotten: Relatives of Mizrachi Jews who vanished in 1994 get update from officials. Image by israel government press office

Eight Iranian Jews who went missing in the 1990s were murdered while attempting to reach Israel, Israel’s Prime Minister’s Office said in a statement.

The deceased left in three groups in 1994, the office, which is responsible for the Mossad intelligence agency, said in a statement on Thursday.

Mossad was able to ascertain what happened to the eight through a reliable source that provided a picture proving they had died, the statement said.

The fate of another three Jews who left in 1997 remains unknown, according to the statement.

The statement did not say who killed the eight Jews, who were not identified, and under what circumstances.

“The Mossad led to an intelligence breakthrough that enabled the issue to be brought to its conclusion,” the statement read. “Intelligence sources received information from a credible source that these same Jews were caught during the escape and murdered.”

The statement also said that some of the deceased had wives who had remained agunot, or chained, a term signifying their inability to remarry in an Orthodox Jewish wedding ceremony, for as long as the fates of their husbands remained unknown.

Prime Minister Benjamin Netanyahu sent condolences to the families and expressed the “hope that they will find consolation in the information that they received,” the statement said. “We will continue to do all that is necessary in order to obtain all possible information about our missing.”

In the same statement, David Meidan, a retired Mossad boss who handled the investigation, said the disappearance had preoccupied the intelligence services for two decades.

“First and foremost, this is a major intelligence achievement in that we succeeded in finding a credible source in a difficult region, who provided reliable information on the basis of which a picture was obtained regarding the fates of eight of the eleven missing persons,” he said. “Today we informed the families that the circle has been closed.”

Former Chief Rabbi Eliyahu Bakshi-Doron was present when the families were notified, the statement said.