Abbas: No Agreement Without Sovereign State and East Jerusalem Capital 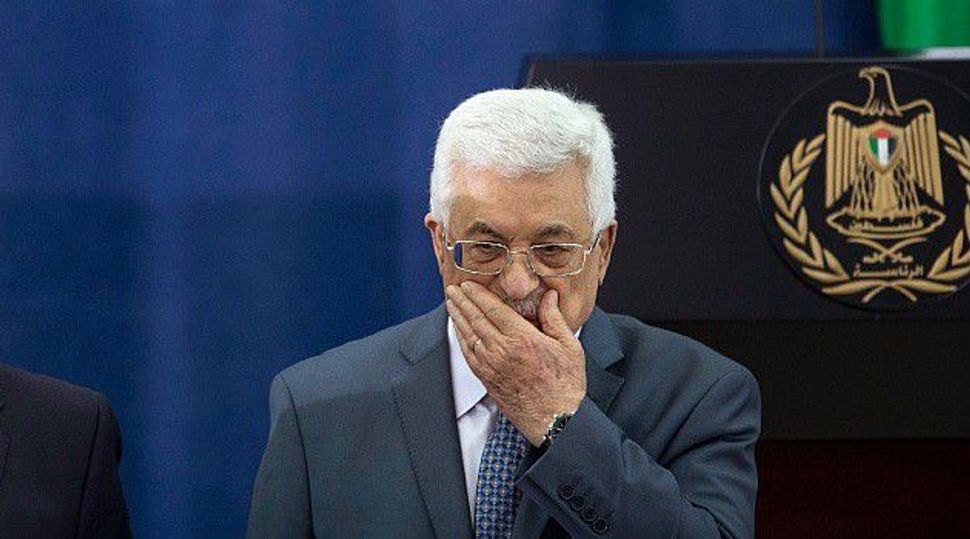 Palestinian Authority President Mahmoud Abbas said the Palestinian leadership will not agree to a peace deal unless it includes a completely sovereign state with a capital in eastern Jerusalem.

Abbas made the statement Saturday during a meeting of his Fatah Party’s Central Committee, according to reports.

In expressing their support for Abbas, the committee called for Israeli withdrawal – both military and civilian – from the West Bank; rejected Israel’s conditioning a peace agreement on recognition as a Jewish state, and for a resolution of the Palestinian refugee crisis based on United Nations resolution 194.

The committee also supported continuing peace negotiations through the April 29 deadline, and called on Israel to free the fourth group of Palestinian prisoners with no conditions, including the extension of peace talks.

Israel’s Channel 2 reported on Friday night that during his talks in Washington with President Obama, Abbas rejected recognizing Israel as a Jewish state, said he would continue to demand a Palestinian right of return to their former homes in Israel, and would not commit to a peace agreement being an “end of conflict.”

Abbas: No Agreement Without Sovereign State and East Jerusalem Capital