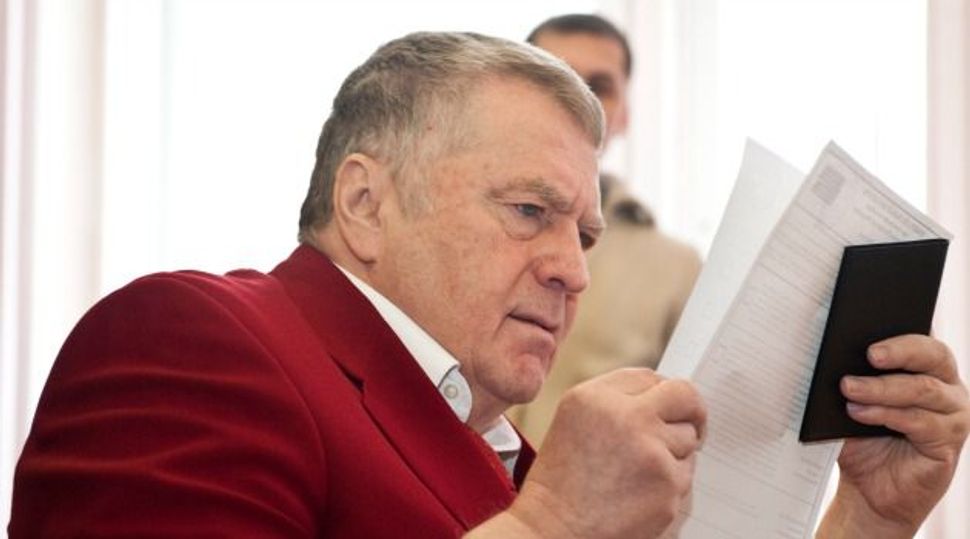 A prominent Russian politician has proposed dividing Ukraine along the lines of an infamous Nazi-Soviet pact and suggested that regions in Western Ukraine hold referendums on breaking away from Kiev.

In a letter sent to the governments of Poland, Romania and Hungary, Vladimir Zhirinovsky also suggested those countries hold referendums on incorporating the regions into their territory.

He is deputy speaker at the Duma and his party holds a minority in the parliament. But his ideas and language resonate with a large part of the Russian population and the Kremlin’s increasingly pro-nationalist rhetoric.

His letter, seen by Reuters, suggested Poland, Hungary and Romania, who are now in the European Union, might wish to take back regions which he said were in the past their territories.

The regions were incorporated into Ukraine when it was part of the Soviet Union at the end of World War Two and featured in a secret annex of the 1939 Molotov-Ribbentrop pact under which the Soviet and Nazi German foreign ministers carved up the area.

It was not clear whether the letter was serious or a publicity stunt. But it follows a crisis in relations between Moscow and Kiev since the Moscow-backed Viktor Yanukovich was ousted as Ukraine’s president last month.

Zhirinovsky proposed Ukraine’s Chernivtsi, Zakarpattia, Volyn, Lviv, Ternopil, Ivano-Frankivsk and Rovensky regions, together with Poland, Romania and Hungary hold referendums on whether the regions should break away from Ukraine.

Romania might wish to have Chernivtsi, Hungary the Zakarpattia region, and Poland the rest, he said.

The proposal would allow central Ukraine to be free of “unnecessary tensions” and the referendums would “bring prosperity and tranquillity to the Ukrainian native land,” the letter said.

Polish Foreign Ministry spokesman Marcin Wojciechowski dismissed the letter as a “complete oddity” and regretted some Russians “still think in terms of the Molotov-Ribbentrop pact.”

“But Zhirinovsky often is the voice of Putin,” he added.

“Just as we have some intemperate people, Russia has some of them as well,” Efremov said at a briefing. “I do not support this (Zhirinovsky’s) approach.”