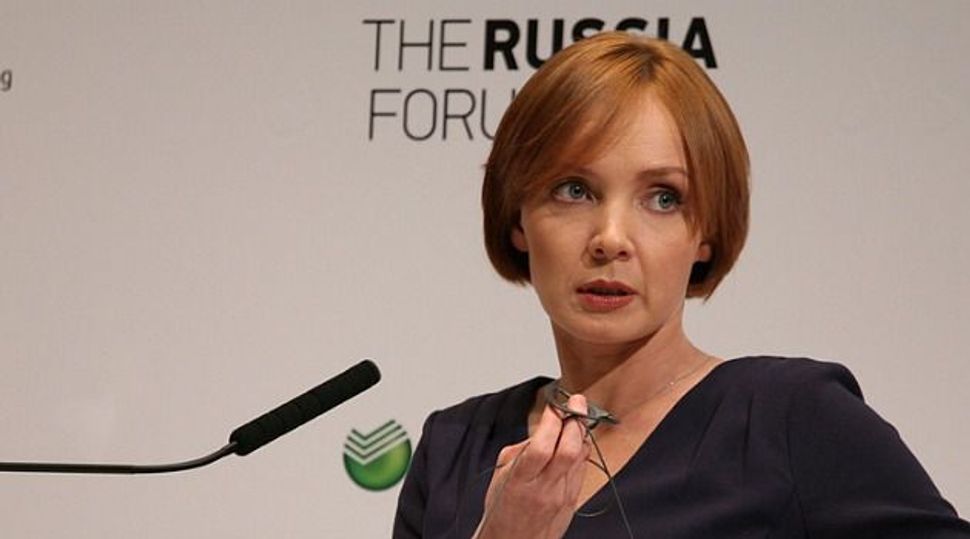 Image by the russia forum

A television news anchor on a state-owned Russian television network said the Jews brought the Holocaust on themselves.

Evelina Zakamskaya of the Rossiya 24 channel made the statement earlier this week during an interview with writer Aleksandr Prokhanov on the Ukraine crisis. The interview was first made public by Americablog.

Prokhanov said that supporters of Ukraine were bringing about “a second Holocaust.”

He added that it is “strange that Jewish organizations, the European and our own Russian organizations, support the Maidan [protests]. What are they doing? Do they not understand that they are bringing about a second Holocaust with their own hands? This is monstrous.”

Zakamskaya replied that the Jews “brought about the first [Holocaust] similarly.”