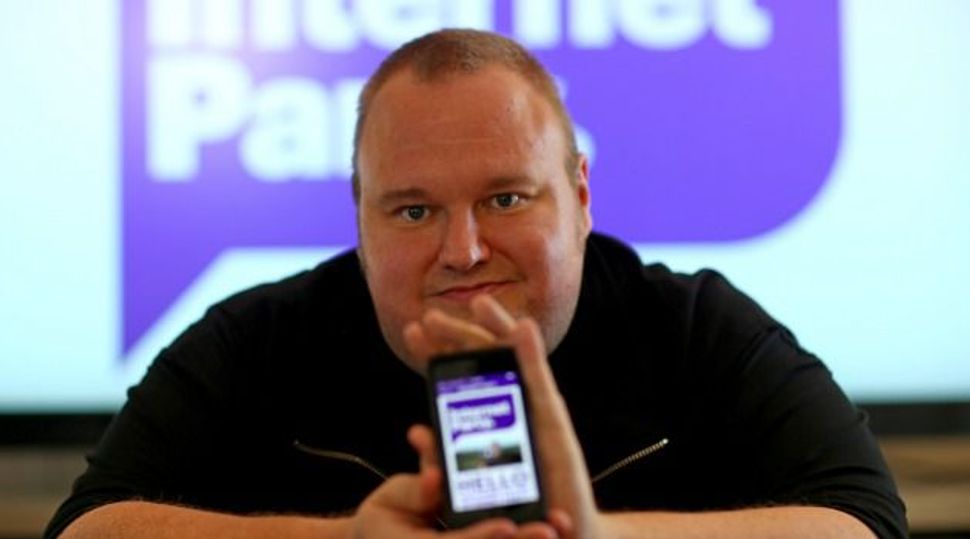 A German-born Internet tycoon who is fighting extradition from New Zealand to the United States for racketeering is under fire for admitting he owns a rare signed copy of Hitler’s Mein Kampf.

Kim Dotcom, whose actual name is Kim Schmitz, is the founder of MegaUpload, a file-transfer website that U.S. authorities shut down in 2012.

He has just launched the Internet Party to contest New Zealand’s election in September, but denies being a Nazi sympathizer, saying the book was an investment because it will increase in value.

“I’m being told by some people in a disgusting smear campaign that I am somehow embracing a Nazi ideology,” he told local media earlier this week. “That is completely false; it’s a smear campaign to try and derail what we are trying to achieve today with the launch of the Internet Party.”

But Stephen Goodman, president of the New Zealand Jewish Council, told JTA: “People will be offended by this action and stating it with such pride from such a high-profile position shows great disrespect to those who suffered under the Nazi regime as well as the New Zealand soldiers who fought and died to rid the world of this tyranny. While this ownership is legal in New Zealand, it is morally unacceptable.”

Dotcom is fighting extradition to the United States, where he faces several racketeering charges for facilitating illegal downloading of songs and movies via his MegaUpload website.

Conservative leader John Key, the son of a Jewish refugee from Europe, is seeking his third term in office in September’s election.