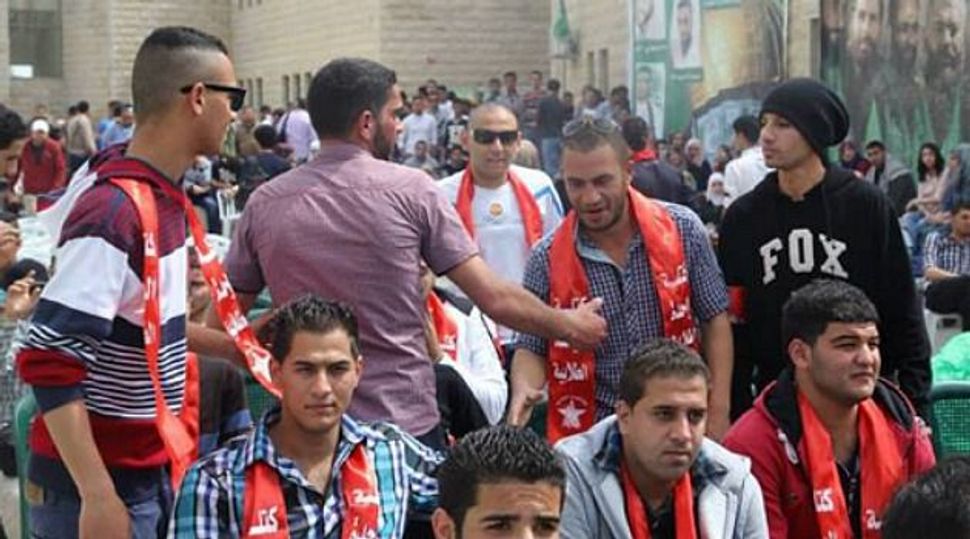 Sari Nusseibeh, the president of the Palestinian Al-Quds University, resigned three days after a rally in support of Hamas at its eastern Jerusalem campus.

During Sunday’s two-hour rally involving hundreds of students, masked protesters marched through the campus wearing black ski masks and carrying replicas of rockets, according to photos posted on the website of independent journalist Tom Gross and on the Facebook page of the Islamic Bloc of Al-Quds University student group, which is associated with Hamas.

A rally in support of Islamic Jihad on the Al-Quds campus in November led to the suspension of ties between Al-Quds University and Brandeis University.

In announcing the suspension of the relationship, Brandeis President Frederick Lawrence said Nusseibeh’s condemnation of the demonstration — Nusseibeh said “Jewish extremists” were using the demonstration to “capitalize on events in ways that misrepresent the university as promoting inhumane, anti-Semitic, fascist and Nazi ideologies” — was “unacceptable and inflammatory.”