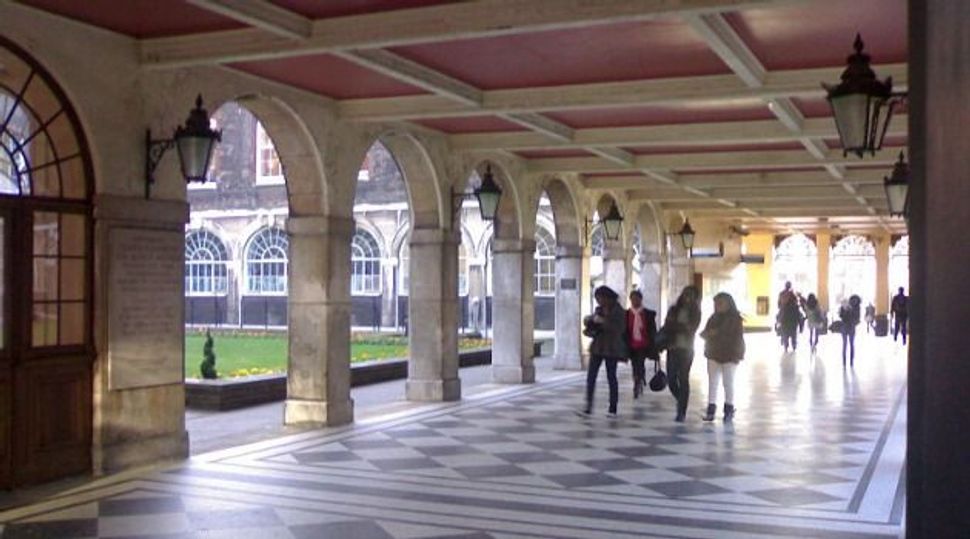 The 15-point motion passed Tuesday night at the students general meeting by a vote of 348-252.

Following the vote, the college’s administration distanced itself from the measure, the Israeli daily Haaretz reported. The motion calls for researching the college’s “investments, partnerships, and contracted companies, including subcontractors, that may be implicated in violating Palestinian human rights as stated by the BDS movement,” and to pressure the college to divest from companies found to be “directly or indirectly supporting the Israeli occupation and apartheid policies.”

It also calls for a plaque to be placed in all of the college’s student centers stating that the student union formally supports BDS.

In its written response to the motion, the Israel Society at King’s College London called BDS “an odious and repulsive movement” that “seeks to delegitimize Israel.”

“The BDS campaign, draped as it is in the language of human rights, is a seemingly-innocuous facade for a campaign to delegitimize and ultimately dismantle the state of Israel,” the statement said. “The thought that KCL students could support ‘joining’ this movement, as the motion states, is deeply troubling.”

The Board of Deputies of British Jews condemned the celebrations following the vote.

“When BDS supporters chanted ‘from the river to the sea,’ they sent a message of hate to Israel and once again demonstrated that the true agenda of BDS is not to influence Israel but to destroy it,” the board’s vice president, Jonathan Arkush, said in a statement. “They succeeded in shaming their fine university and bringing it into disrepute.”

Arkush said the motion was opposed as well by the Student Union president.

The college, he said, “will now have to live with the consequences of such a hateful and divisive vote.”