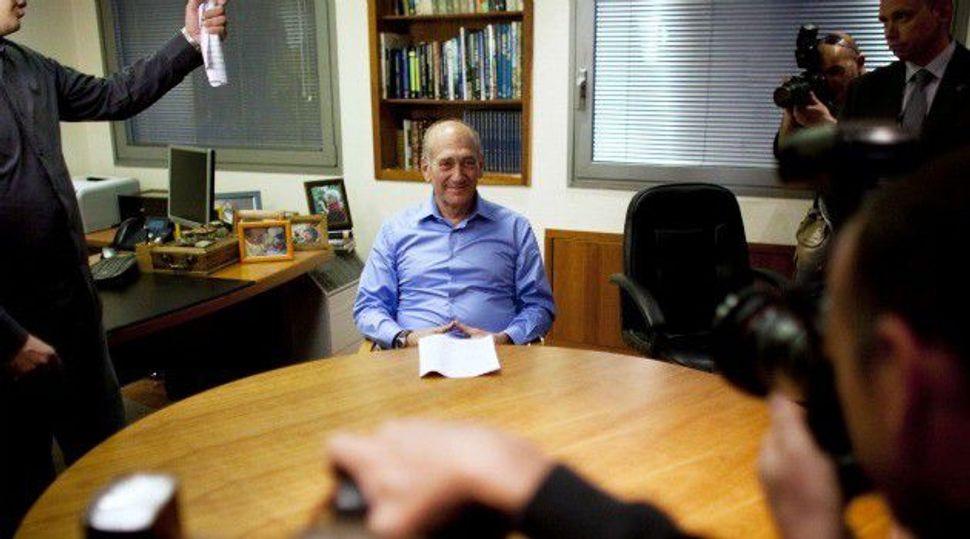 Zaken, who has been convicted of graft in another scandal involving the former prime minister, signed a plea agreement Thursday with the state prosecutor’s office, which then asked the court to postpone the verdict in the Holyland case pending the addition of new charges based on the testimony, according to Israeli media reports.

Prosecutors reportedly also asked for permission to call Olmert for new questioning by police based on the new evidence. Under the deal, Zaken will testify against Olmert, confess to receiving a bribe and spend 11 months in prison.

Zaken reportedly has evidence that Olmert ordered her to obstruct justice in the case.

Olmert is accused of accepting hundreds of thousands of dollars in bribes during the construction of the Holyland apartment project in Jerusalem when he was the city’s mayor and later as Israel’s trade minister. The Holyland affair has been described as one of the worst corruption scandals in Israeli history.

The Jerusalem District Court acquitted Olmert in 2012 on charges of fraud, breach of trust, tax evasion and falsifying corporate records in what became known as the Talansky and Rishon Tours affairs. He was found guilty on a charge of breach of trust in what is known as the Investment Center case; he appealed the verdict.