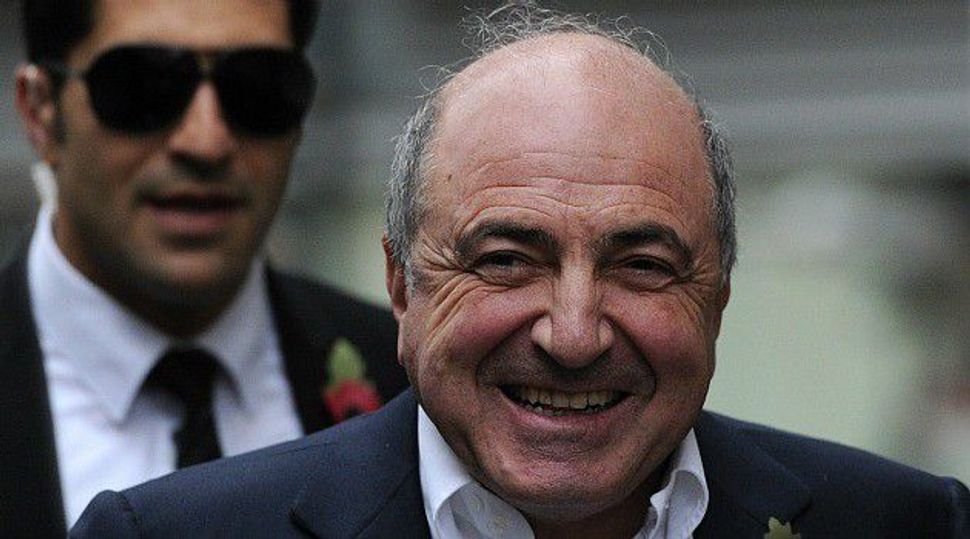 A British coroner said on Thursday he could not be sure if exiled Russian oligarch Boris Berezovsky killed himself at his former wife’s British home or was the victim of foul play.

Berezovsky, a sworn enemy of President Vladimir Putin, was found dead in March last year with a scarf tied around his neck in the bathroom of a luxury mansion in Ascot, an affluent English town near Queen Elizabeth’s Windsor Castle, west of London.

The family of the 67-year-old tycoon, once one of Russia’s most powerful figures who wielded immense influence for a decade after the Soviet Union’s collapse, feared he might have been murdered by his enemies in Russia.

But police and forensic experts concluded he had committed suicide, saying there was nothing to suggest anything suspicious, no sign of a struggle and no sign of any poisoning.

Pathologists at the inquest, held in Britain when someone dies in unexplained circumstances, gave differing views on the cause of death.

Bernd Brinkmann, acting for the family, said that Berezovsky could not have hanged himself and was likely to have been strangled.

A state pathologist, Simon Poole, said that the oligarch, who had suffered depression after losing a $6 billion damages claim to Chelsea soccer club owner Roman Abramovich in 2012, had hanged himself using his scarf.

Coroner Peter Bedford recorded an open verdict saying he could not be absolutely certain Berezovsky killed himself or was unlawfully killed.

“What I am saying is that the burden of proof sets such a high standard it is impossible for me to say,” he said.

Friends and family said the once-dynamic Berezovsky fell into a deep depression after the London High Court legal battle with his former protege Abramovich went against him.

Berezovsky, who had claimed Abramovich used the threat of retribution at the hands of Putin’s Kremlin to intimidate him into selling out of Sibneft – Russia’s fourth biggest oil company – at a knockdown price, was left a “broken man” who regularly talked of suicide.

Not only was the ruling a major a terrible blow to his fortune with his legal costs estimated to exceed $100 million, he was scarred by the judge’s description of him as an “unimpressive and inherently unreliable witness” who sometime gave dishonest evidence.

The year before he was forced to pay one of Britain’s biggest divorce settlements, reported by local media to have also topped $100 million, to former wife Galina Besharova in whose house he was staying when he was found dead.

The inquest heard when he died he was facing eight further litigation cases, including one from his former partner, while his bodyguard Avi Navama said his employer owed 200 million pounds ($331.29 million).

His finances were further complicated by the death of another friend and business partner, Badri Patarkatsishvili, who died in unclear circumstances in Britain two years later.

Navama said Berezovsky had told him he was “the poorest man in the world”.

Despite revealing he had regularly talked about suicide with those he knew, his family said he had given no indication he would take his own life.

Once a mathematician with Nobel Prize aspirations, he built a vast business empire under former President Boris Yeltsin and was the first of Russia’s so-called oligarchs.

A master of political manipulation and known as the “godfather of the Kremlin”, Berezovsky was the king-maker behind Putin’s ascent to power in Russia and survived years of intrigue, power struggles and assassination attempts in his homeland.

But he fled to London in 2000 after a row with the Russian leader and Britain gave him political asylum three years later on the grounds his life would be in danger if he went back home.

His concerns were heightened by the murder of one of his friends and former Russian spy Alexander Litvinenko with a dose of the radioactive isotope polonium-210 in London in 2006.

From his deathbed Litvinenko pinned the blame on Putin and a coroner has said there is a prima facie case as to the culpability of the Russian state, although the Kremlin denies any involvement.

But Berezovsky had scaled down his own security after the Abramovich case and British police and his bodyguard Navama said they were unaware of any threats to his life.

Asked by the coroner if the oligarch was still a potential target, his legal adviser Michael Cotlick said: “It’s a very difficult question, I would say no.”

Cotlick said those who might have once wanted him dead before the Abramovich case would be more interested in keeping him alive, explaining he was a convenient scapegoat for the Russian government.