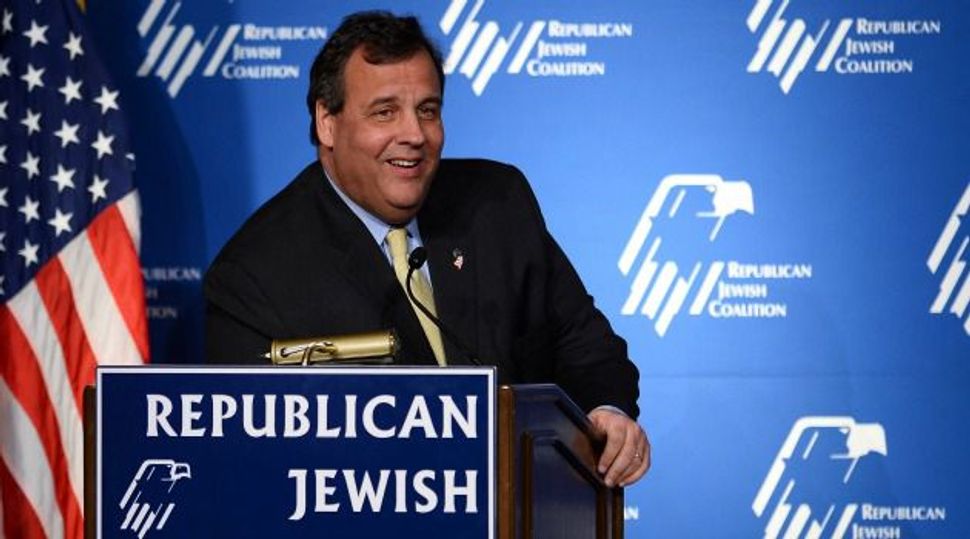 New Jersey Gov. Chris Christie apologized to casino magnate Sheldon Adelson, a major GOP donor, for referring to the “occupied territories” in a speech to the Republican Jewish Coalition.

During his speech on Saturday, Christie spoke of his family’s trip to Israel in 2012. “I took a helicopter ride from the occupied territories across and just felt personally how extraordinary that was to understand, the military risk that Israel faces every day,” he reportedly said.

Several news outlets reported that the crowd of Jewish Republicans at Christie’s speech noticeably gasped at Christie’s use of the loaded term.

Politico reported that the unnamed source, which it called “familiar with the conversation,” said that Christie made clear “that he misspoke when he referred to the ‘occupied territories.’ And he conveyed that he is an unwavering friend and committed supporter of Israel, and was sorry for any confusion that came across as a result of the misstatement.”

Christie said that during his trip to Israel, everyone he met wanted “America to be their unblinking, unwavering, unquestioning friend. The sense I got from my trip was that many of those folks, not all, but many of them were worried that we were no longer being that,” the New Jersey Star Ledger reported.