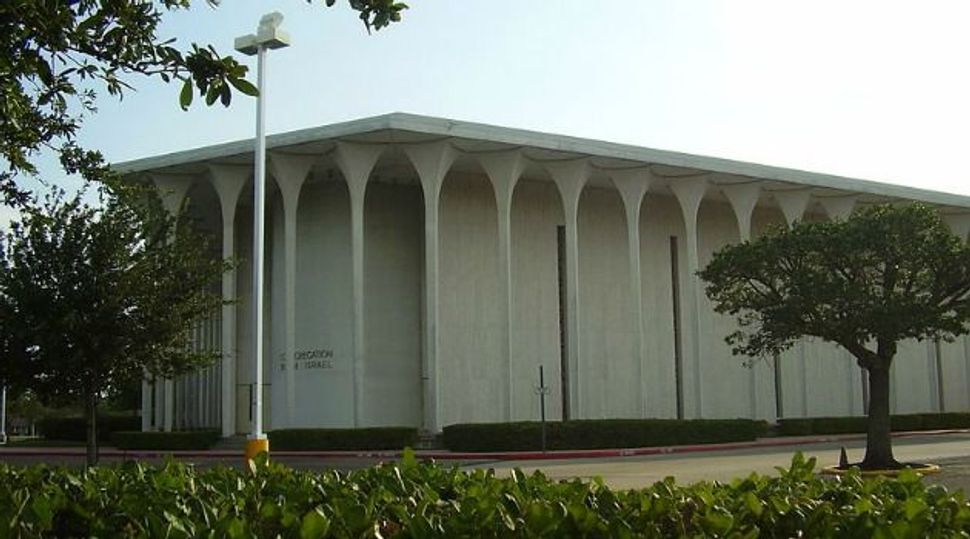 Congregation Beth Israel of Houston is the oldest Jewish congregation in Texas. Image by Wikipedia

A federal grand jury indicted a Houston man for calling in bomb threats to two city synagogues, a municipal courthouse and a private business.

Dante Phearse, 33, was charged with two civil rights violations for “threat of force with an explosive device which allegedly obstructed members of the synagogues from enjoying the free exercise of their religious beliefs,” according to a statement from the U.S. Department of Justice issued March 27.

According to the indictment, Phearse called Congregation Beth Israel and Congregation Or Ami and threatened to bomb the synagogue buildings and harm its members, the Department of Justice said. He also called bomb threats to the City of Houston Municipal Courts building and a private business.