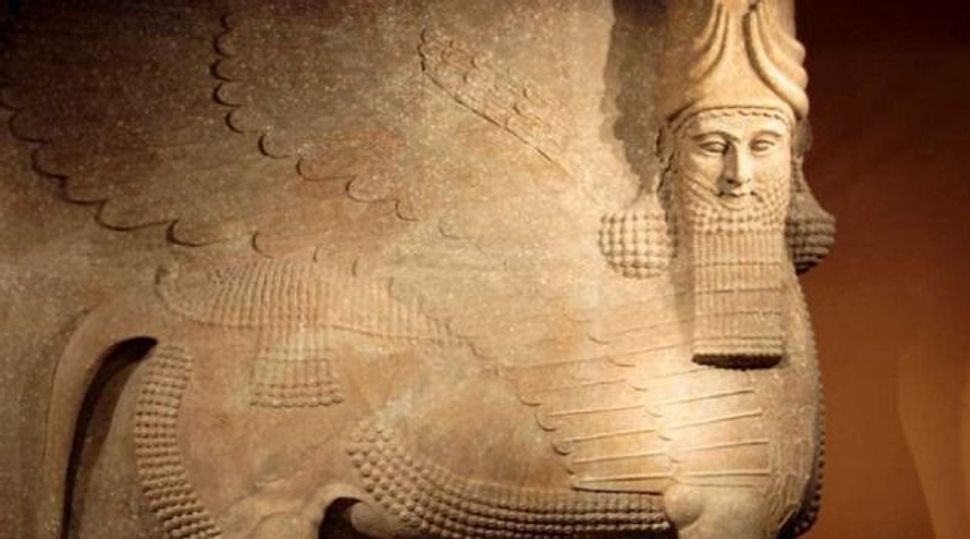 One of the relics housed in the Oriental Institute in Chicago. Image by Wikipedia

Victims of a 1997 suicide bombing in Jerusalem cannot seize Persian antiquities on display in the United States as restitution, a federal judge ruled.

In his decision Friday, Judge Robert Gettleman of the U.S. District Court in Chicago said the items could not be seized for the victims’ families since it was unclear whether the Iranian government owned the items on loan to the Field Museum of Natural History in Chicago, and that the artifacts at the Oriental Institute were loaned for scholarship, not commercial intentions, according to The Associated Press.

Iran was ordered to pay $412 million in restitution, AP reported. The Iranian-backed and funded Hamas terror organization claimed responsibility for the attack, which killed five and injured 200.

Other U.S. museums watched the ruling closely, fearing that a ruling for the victims would endanger museum collections throughout the country.

The victims likely will appeal to the 7th Circuit Court of Appeals in Chicago, AP reported.