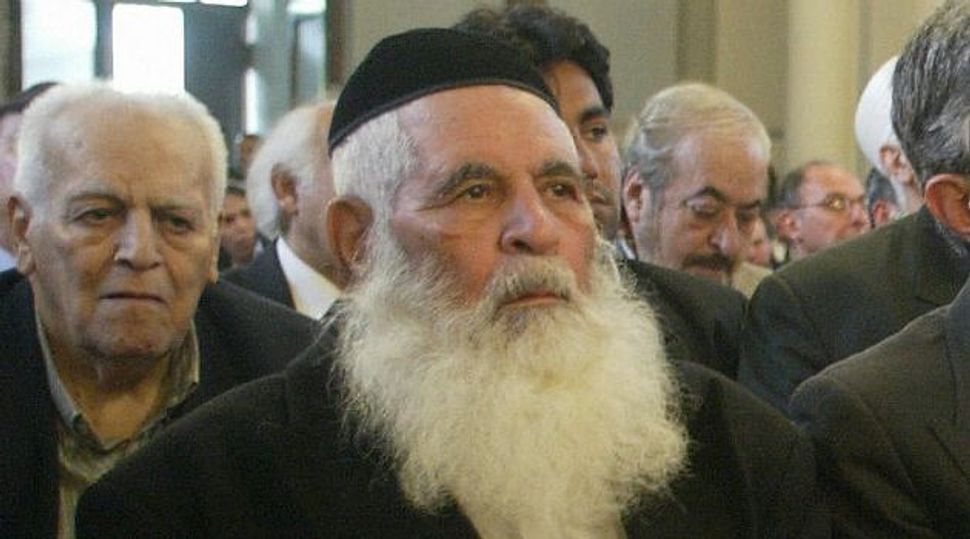 The rabbi died over the weekend and was buried in Iran on Sunday, the Hebrew-language website Kikar Shabbat reported, citing the rabbi’s nephew bearing the same name, who lives in Israel.

The rabbi’s death was announced by the representative of the Iranian Jews in parliament, Siamak Moreh Sedgh, according to the Associated Press, which reported that he was 98.

The rabbi, who has been the head of Iran’s Jewish community since 1994, reportedly had been ill for many years.

Many Iranian Jews marked the rabbi’s death by changing their Facebook status to “our crown has been removed.”

“I don’t believe the community will fall apart because of his death,” the Israeli Hamdani said. There are young men there who learn Torah. They are receiving assistance, but there are problems.”

The rabbi is known for his ties to the Iranian leadership. He met for the first time with Iranian President Mohammad Khatami in 2000, and later hosted him at his Yusef Abad Synagogue in 2003, reportedly the first time a president of Iran had visited a synagogue since the Islamic Revolution.

There are about 25,000 Jews living in Iran, according to the Associated Press, which makes it the largest Middle East Jewish community outside of Israel.