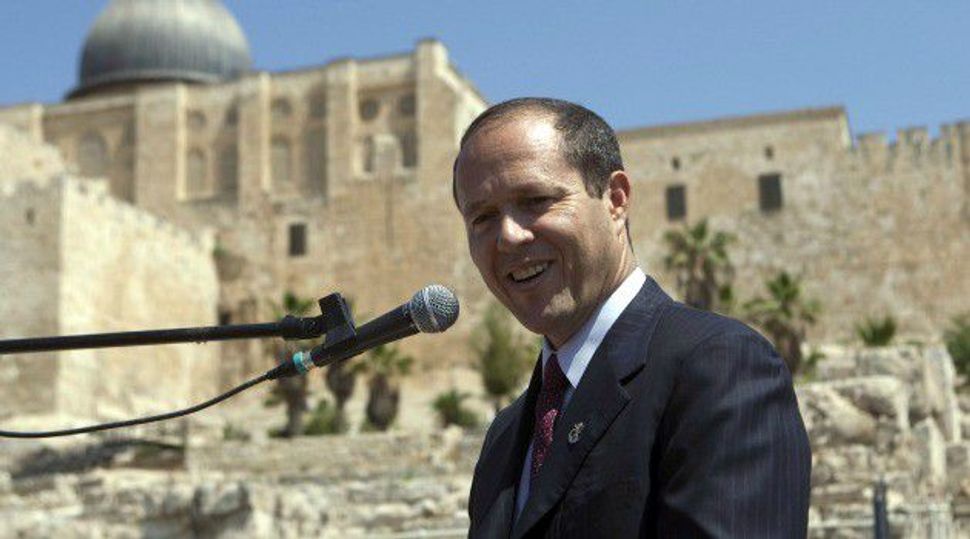 More than 1,000 Diaspora rabbis called on Jerusalem Mayor Nir Barkat to withdraw his support for Rabbi Shmuel Eliyahu, known for his anti-Arab stances, as chief rabbi of the city.

The rabbis, including the leaders of the major non-Orthodox Jewish movements and the head of the New Israel Fund, sent the letter to Barkat on Tuesday, The Jerusalem Post reported.

Barkat’s office has denied the mayor is supporting Eliyahu, who is considered one of the most fundamentalist modern Orthodox rabbis in Israel, for the post, Haaretz reported.

The positions of Ashkenazi and Sephardi chief rabbi of Jerusalem have been vacant for more than 10 years, according to The Jerusalem Post.

Eliyahu, currently the chief rabbi of Safed, has been under fire in recent years for anti-Arab remarks and religious rulings. He has called on Jews not to rent or sell apartments to non-Jews and been quoted as saying, “A Jew should not run away from an Arab. A Jew should chase away Arabs.” Eliyahu is the son of the late Sephardic chief rabbi of Israel, Rabbi Mordechai Eliyahu.

The rabbis said in the letter that appointing Eliyahu to the post would “send a message of divisiveness and intolerance.” Israeli Attorney General Yehuda Weinstein opposed Eliyahu’s recent candidacy for the position of chief rabbi of Israel.