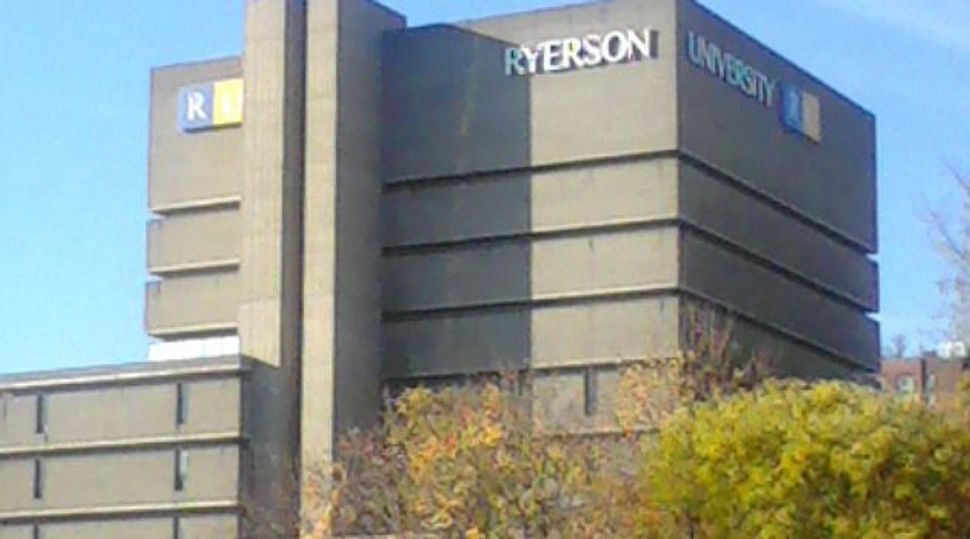 The student union of Ryerson University in Toronto voted to join the Boycott, Divestment and Sanctions movement aimed at Israel, at least the third Canadian university to do so in the last year.

The vote on took place at the Ryerson Student Union’s annual general meeting on April 2, which was attended by more than 100 students who came to vote on the question of whether the student union should join the BDS movement, the Eyeopener student newspaper reported.

Following passage of the motion, the Ryerson Student Union will now be prohibited from working with companies who do business in Israel, including Home Depot, Costco and Sears, the Eyeopener reported. Sabra Hummus, sold at the Ryerson cafeteria, also will be discontinued.

Students opposed to the BDS motion, many of whom tore up their voting cards and left the meeting in protest, said they felt the vote was unfair and that the student union was hostile to their interests.

“[T]oday, on Ryerson campus, I’ve never felt so belittled and uncomfortable in a room,” Julia Bond, a Ryerson student, told the Eyeopener. “The RSU is supposed to be unbiased and neutral. But they aren’t, they’re Palestinian.”