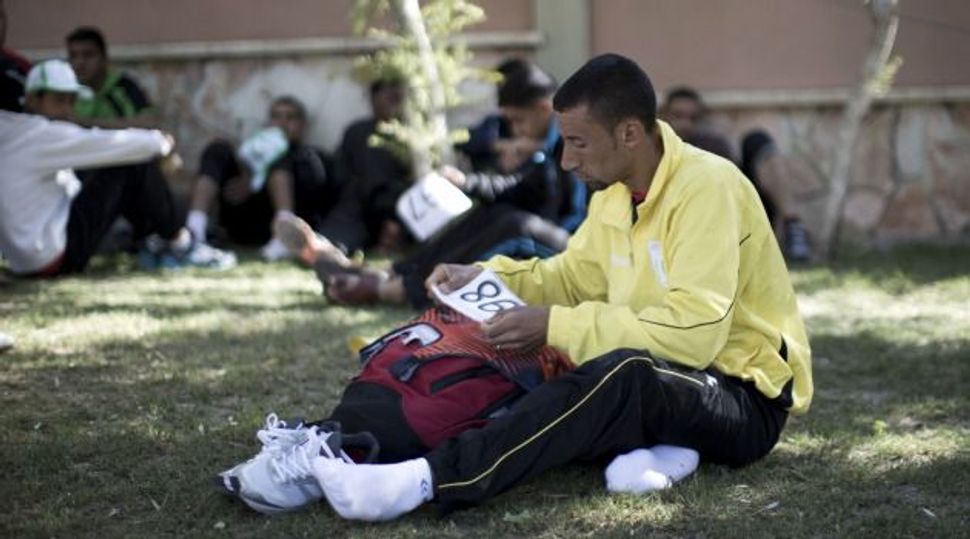 Israel’s Supreme Court upheld a decision by the Israel Defense Forces to bar a Palestinian runner from Gaza from participating in a marathon in Bethlehem.

In the case of Nader Masri, a 2008 Olympian, the court ruled Tuesday that it could not overrule a military decision. But the court also recommended that Israel consider allowing Masri to leave Gaza to participate in the race, which is being held Friday.

“It is hoped, of course, that in the future the security situation will improve that will allow an easing of such restrictions,” Judge Daphne Barak-Erez wrote in her decision. Masri, 34, was rejected on Friday in his petition to Israel’s military seeking permission to travel to the West Bank for the second Bethlehem marathon. He turned to Israel’s high court through the Israeli human rights group Gisha-Legal Center for Freedom of Movement.

Masri represented “Palestine” in the Beijing Olympics and has represented the Palestinian Authority in several international competitions.

“This marathon is important to me, it will be the first time I can take part in the Palestinian marathon and meet friends I only talk to on the phone,” he said, according to Ynet. “I have crossed Erez numerous times. I am a Palestinian athlete and I have won several awards. I have nothing to do with politics and I do not know why Israel denied me a permit.”