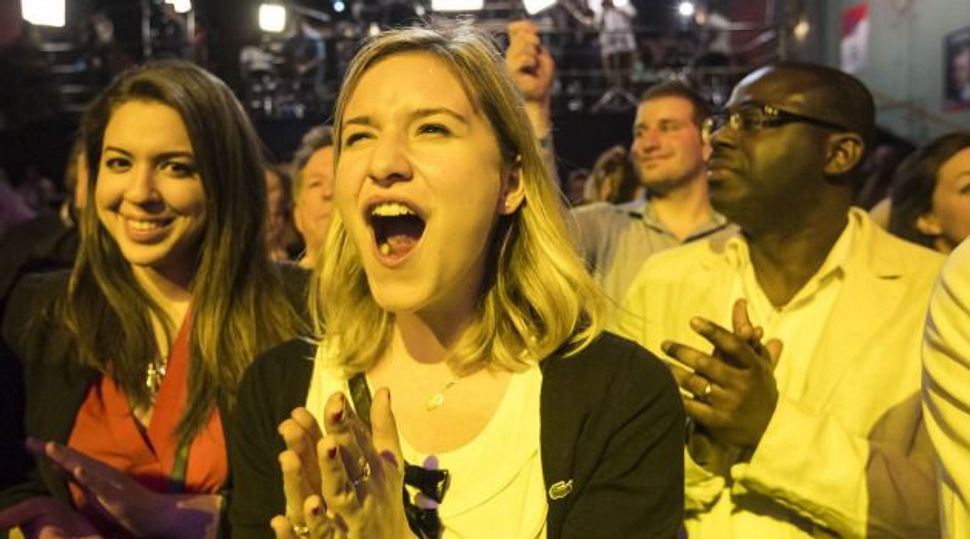 The separatist Parti Quebecois government, which campaigned on a divisive charter that roiled the Quebec Jewish community, was beaten soundly in provincial elections.

In Monday’s vote, the Liberal Party won 70 seats in the legislature and will form the next government. The Parti Quebecois, which was in power for 18 months, was reduced to 30 seats from its current 54, and former Premier Pauline Marois was defeated in her own riding, or voting district. Two smaller parties each received 25 seats.

The Parti Quebecois campaigned mainly on its Charter of Quebec Values, which sought to forbid the wearing of religious symbols in the public workplace. It fought to de-emphasize its core aspirations for sovereignty, but observers reportedly believed that voters rejected the party mainly for that reason.

Also defeated was a Montreal Parti Quebecois candidate, Louise Mailloux, who claimed that kosher products have a hidden tax used by Jews to fund their political activities. Marois refused to dump Mailloux from the ticket.

For now, talk of the charter has been tamped down. Since it was unveiled last fall, the proposal has caused turmoil with its pledge to prohibit public sector workers — doctors, teachers, nurses and civil servants — from wearing “conspicuous” religious symbols, including hijabs, turbans and kippahs.

Quebec’s roughly 90,000-strong Jewish community regard the charter as unnecessary and xenophobic. Many observers see it as a wedge issue and a dark example of identity politics.

B’nai Brith Canada in a statement called on the new government “to begin to mend the rifts created to allow all Quebecers to enjoy the highest quality of life in all areas and spheres of human rights.”