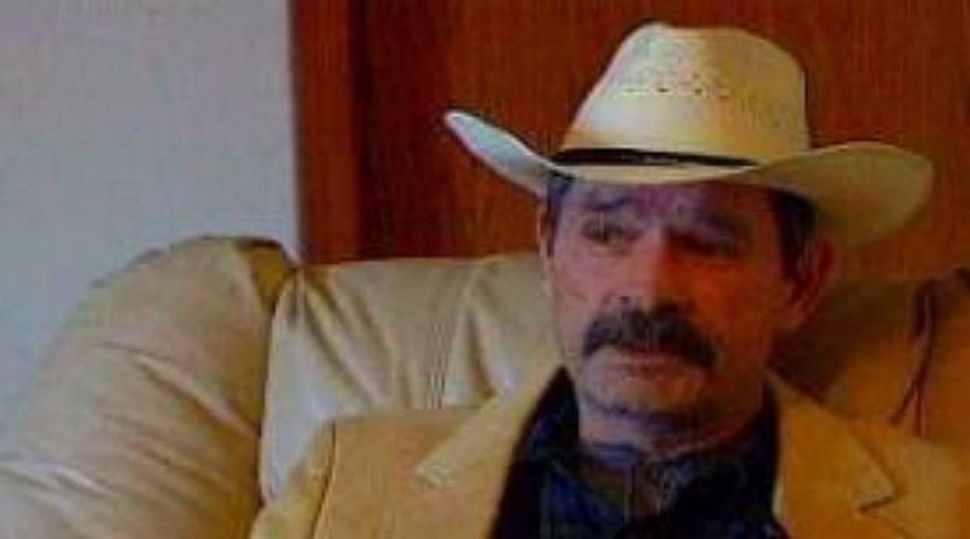 The suspect in the Passover Eve killings of three people at two Jewish community facilities in a Kansas City suburb has a long history of racism and anti-Semitism, human rights groups said on Monday.

Frazier Glenn Cross, 73, is facing charges of premeditated murder and is scheduled for an initial court appearance on Monday afternoon. He was arrested Sunday after a shooting spree that killed a 14-year-old boy and his grandfather outside a popular Jewish community center, and a third victim outside a nearby Jewish retirement home.

Both facilities are in Overland Park, Kansas, an upscale suburb outside Kansas City, Missouri.

Police said it was too early to determine if Sunday’s killings were motivated by anti-Semitism, but both the Southern Poverty Law Center, a leading anti-hate group, and the Institute for Research and Education on Human Rights (IREHR) said the suspect was a former senior member of the white supremacist Ku Klux Klan movement.

The groups said Cross, a Missouri man who also goes by the name Frazier Glenn Miller, was involved in creating an armed paramilitary organization in North Carolina 20 years ago.

U.S. Attorney General Eric Holder issued a statement Monday pledging federal help in determining whether or not the federal hate crimes statute was implicated in the “heinous” killings.

“I was horrified to learn of this weekend’s tragic shootings outside Kansas City. These senseless acts of violence are all the more heartbreaking as they were perpetrated on the eve of the solemn occasion of Passover,” Holder said.

The Southern Poverty Law Center said Cross is a “raging anti-Semite” who has posted online rantings that include “No Jews, Just Right.” And the IREHR said he idolizes Adolf Hitler.

“His worship for Hitler and Hitlerism is real,” said Leonard Zeskind, president of IREHR, in a statement issued Monday.

Overland Park Police were not commenting on the shooter’s motives.

The shootings, which took place on the eve of the Jewish holiday of Passover, started around 1 p.m. at the Jewish Community Center of Greater Kansas City .

High school student Reat Griffin Underwood, 14, was with his grandfather, William Corporon, outside the Jewish Community Center when attacked. The teenager, a member of an area Methodist church, was at the center to audition for a singing competition, according to family member Will Corporon.

The grandfather died at the scene and the boy died later at a hospital, police said.

The shooter then drove a little more than a mile (1.6 km) away to the Village Shalom retirement community and fatally shot a woman there, police said. That victim has not been identified by police.

It appeared the gunman had used a shotgun and possibly other firearms, police said.

President Barack Obama offered condolences. “While we do not know all of the details … the initial reports are heartbreaking,” Obama said in a statement.

The Jewish Community Center, known locally as “The J” is a popular spot for many families throughout the area, Jewish or not. It is also the site of Kansas City’s only Jewish community day school, the Hyman Brand Hebrew Academy.

“The thought of something like that happening is terrifying,” said David Wainestock, who rushed to the Jewish Community Center to retrieve his 16-year-old daughter who had been among the people temporarily locked down.

“In the Midwest we think we’re safe from this type of thing. But I guess it doesn’t make any difference now.”

Rabbi David Glickman, of the Beth Shalom synagogue in Overland Park, was at home preparing for the Jewish Passover holiday when he heard the news of the shooting.

“Everybody is shocked that it would happen here,” said Glickman. “This is a community that enjoys very strong and positive relations between the Jewish community and the rest of the community.”