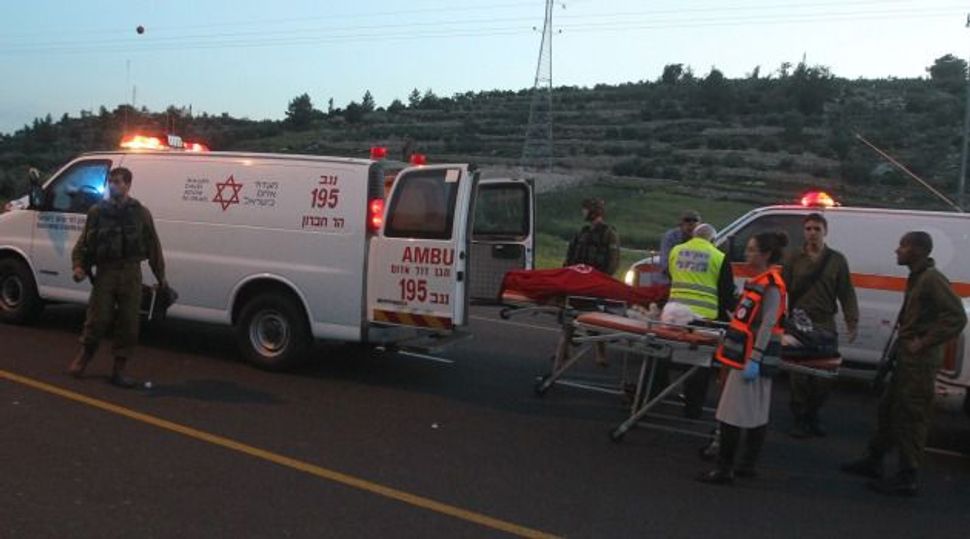 An Israeli man was killed in a shooting attack on a civilian car near the city of Hebron in the occupied West Bank on Monday, the eve of the Jewish holiday of Passover, military sources said.

Israeli media reported the car was carrying a family to see relatives for the ritual Passover “seder” dinner. The incident could raise tensions at a time when the United States is struggling to keep troubled Middle East peace talks alive.

The sources said the man killed in the incident was driving the car and a woman passenger was wounded. Israeli media said several children were also in the vehicle and one was wounded.

A witness to the shooting was quoted by the YNet news site as saying a helmeted gunman with an automatic rifle fired at vehicles on a road near Hebron.

There are several Jewish settlements in the area, including a heavily-guarded enclave situated among Palestinian neighbourhoods of the biblical city.

There was no immediate claim of responsibility for the attack, a day after three Jewish families moved back into a building in Hebron at the centre of a lengthy ownership dispute between settlers and Palestinians.

Six years after Israeli security forces removed settlers from the so-called “House of Contention” in Hebron, Israel’s Supreme Court ruled last month in favour of their ownership claim, paving their way for the families to take up residence.

Some 500 Israeli families live in the heart of Hebron, which is home to about 250,000 Palestinians. Enmity between the two groups runs high.

About 500,000 Israelis and 2.5 million Palestinians live in the West Bank and East Jerusalem, areas which, along with the Gaza Strip, were captured by Israel in the 1967 Middle East war.

Most world powers deem the Jewish settlements illegal and Palestinians fear their presence will deny them a viable state.

Israel, citing historical and biblical links, as well as security concerns, has vowed to keep major settlement blocs under any eventual peace accord with the Palestinians.