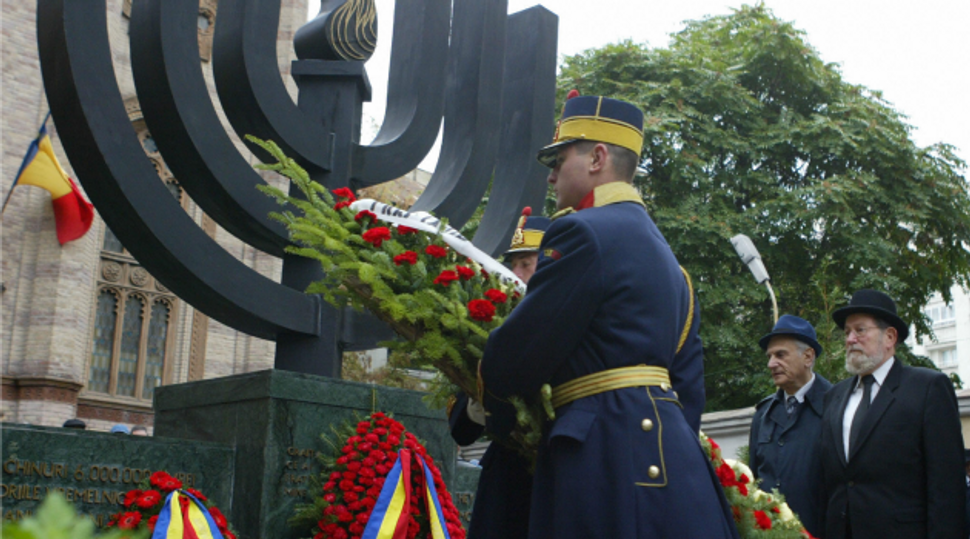 Forensic scientists from Bucharest concluded that 36 bodies found at a mass grave near Iasi belonged to Jews who were murdered by Romanian troops.

The investigation into the mass grave at Vulturi Forest ended last month and determined that soldiers of the Romanian army’s Regiment 6 perpetrated the murders in June 1941, the Elie Wiesel National Institute for Studying the Holocaust in Romania announced Wednesday.

The institute’s director, Alexandru Florian, said the finding was “a legal document proving the Holocaust in Romania.”

The probe, which began after the grave’s discovery in 2010, revealed that 12 of the people buried there were children, including a toddler younger than two. Nine women were also buried at the mass grave along with 15 men, a researcher for the Elie Wiesel institute said at a press conference Wednesday in Bucharest. The probe was conducted by military prosecutors.

Vulturi is the second place in Romania where a mass grave has been discovered since the war. In 1945, 311 bodies from three mass graves were exhumed in Stanca Roznovanu in Iasi.

Gheorghe Stavrescu, the general who comanded the regiment, died in prison in 1951 of tuberculosis. He was imprisoned by Romania’s communist rulers for war crimes, according to the archives of the Romanian Ministry of National Defense. Two of his subordinate officers responsible for the Vulturi massacre died in the front during World War II, according to the news site gandul.info.

Approximately 380,000 Jews were murdered in Romania-controlled areas during the Holocaust, according to the Yad Vashem Holocaust Museum in Jerusalem.

In 2003, Romania officially recognized the complicity of its pro-Nazi government during the Holocaust. Romania set up the Elie Wiesel National Institute in 2004, and proceeded to teach the Holocaust in over 100 schools. It also erected several national monuments in memory of the Holocaust and designated an national memorial day.