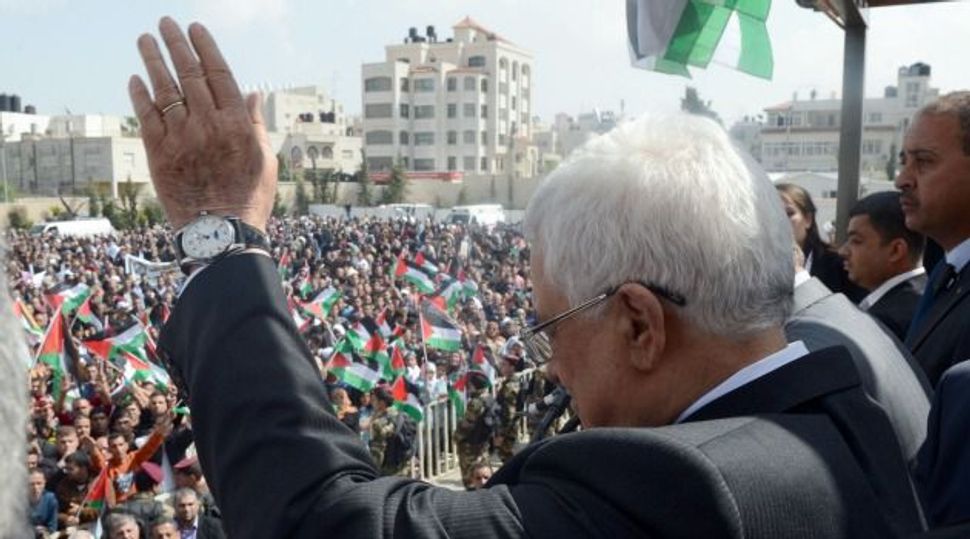 Palestinian Authority President Mahmoud Abbas’ threat to dismantle the P.A. would affect assistance to the Palestinians from Washington, the State Department said.

“A great deal of effort has gone into building Palestinian institutions by Palestinians as well as the international community, and it would certainly not be in the interests of the Palestinian people for all of that to be lost. We – the United States has put millions of dollars into this effort. It would obviously have very serious implications for our relationship, including our assistance going forward,” she said.

The unilateral action would leave Israel with full responsibility for the Palestinians living in the West Bank and would annul the 1993 Oslo Accords.

Israeli Prime Minister Benjamin Netanyahu addressed the threat on Monday night at the end of the Passover holiday, saying that the Palestinian Authority should “let us know” if it is going to disband or if it is ready to make peace. He also addressed reconciliation meetings between Abbas’ Fatah Party and the terrorist organization Hamas, which runs the Gaza Strip.

“Today we see the Palestinian Authority, which yesterday spoke about disbanding, talking with Hamas about unity.

They should decide whether they want to disband or have unity, and when they want peace, they should let us know because we want a genuine peace,” Netanyahu said.

Abbas threatened to disband the P.A. if there is no progress in U.S.-backed peace negotiations.

Unless Palestinian and Israeli negotiators agree to extend peace negotiations, the current round of talks is scheduled to end on April 29, likely without an agreement.