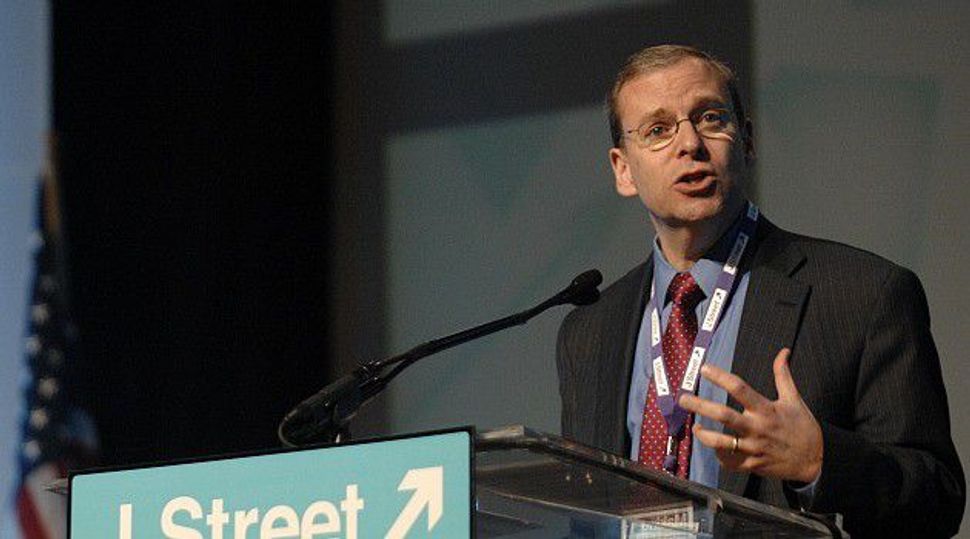 Let My People In: J Street leader Jeremy Ben Ami is pushing for the group’s admission to the Conference of Presidents of Major Jewish Organizations. Image by j street

The ballot next week of the 50 or so constituent groups of the Conference of Presidents of Major American Jewish Organizations is secret, but the Jewish Council for Public Affairs reached out to JTA to say it would vote in favor of admitting J Street to the conference.

“They’re an important part of the Jewish community,” JCPA’s president, Rabbi Steve Gutow, said. “They fit in the picture of a big tent, which is the kind of community we believe in strongly.”

The Forward reported on April 11 that J Street faces hurdles in next Wednesday’s vote. The dovish Israel policy group meets the administrative requirements to join the conference, but it failed to win the endorsement of its membership committee.

According to the Forward, members of the membership committee “grilled” J Street’s president, Jeremy Ben-Ami, armed with arguments from the group’s hawkish critics.

J Street bills itself as “the political home for pro-Israel, pro-peace Americans.” It is unstinting in its criticism of settlement expansion and strongly supports the current Iran nuclear talks, which the Israeli government sees as giving up too much too soon to the Islamic Republic.

Gutow and JCPA’s senior vice president, Martin Raffel, said that they consulted with Susan Turnbull, the newly elected JCPA chairwoman, and decided to make their vote public in a bid to influence others.

“We’d like to encourage others to join us,” Raffel said.

J Street, according to the Forward, would require two-thirds of the vote at a session attended by at least 75 percent of the Presidents Conference’s member groups.

“If the fact that a basically centrist organization is supporting them helps people make the decision to support them, I’m happy to make JCPA available,” Gutow said.

Both Raffel and Gutow cited J Street’s cooperation with JCPA in lobbying left-leaning mainline Protestant churches to reject divestment campaigns targeting Israel. Raffel said the importance of J Street lay in part in building a “firewall” between the anti-Israel left and the left in general. “Who better to do that than the Zionist left?” he asked.

Both Raffel and Gutow said that they did not agree with all of J Street’s stances but believed in broadening the community tent — as well as sticking up for one’s friends.

“That’s part of being a community. You count on each other to help a community reflect its values. In terms of Israel, J Street has been there very strongly for us,” Gutow said, referring to the pushback against church divestment efforts.