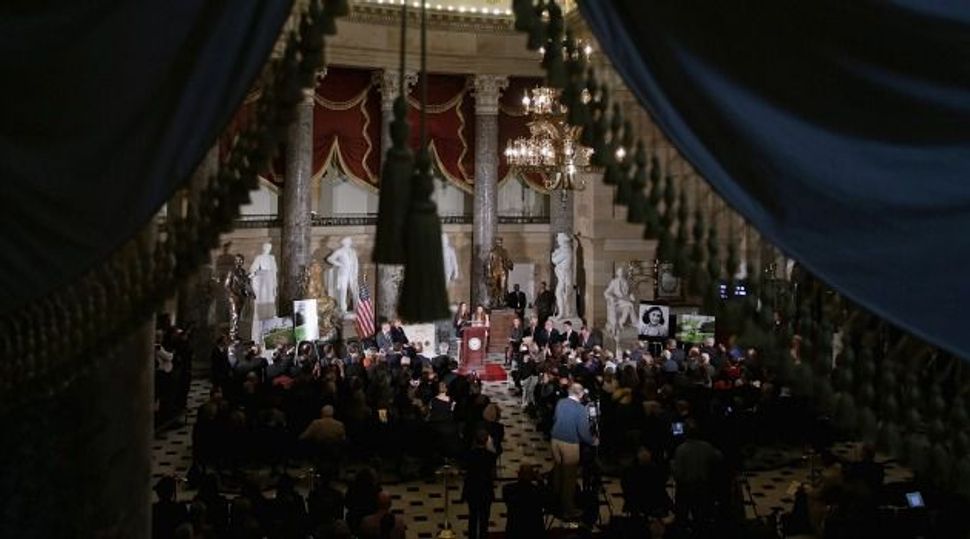 A sapling taken from the tree that grew outside the attic where teen Holocaust diarist Anne Frank was hidden was planted at the U.S. Capitol.

Congressmen from both sides of the aisle, as well as Holocaust survivors and Dutch Foreign Minister Frans Timmermans gathered to plant the small chestnut tree on the Capitol’s west front lawn, AFP reported.

“Today we dedicate this tree as a living testament to the memory of Anne Frank, a young woman of grand pleasantry and gifted insight, but who knew no peace,” Cantor said.

“This sapling, although tiny now, will permanently stand as a reminder for the ideals that Anne stood for,” said Rep. Debbie Wasserman Schultz (D-Fla.).

Saplings taken from the tree have been planted around the world. The tree, at more than 150 years old and weakened by a fungus, collapsed in stormy weather in Amsterdam in 2010.

Anne frequently wrote about the tree in her famous diary, which was discovered and published after the Holocaust. She died at the age of 15 at the Bergen-Belsen concentration camp.