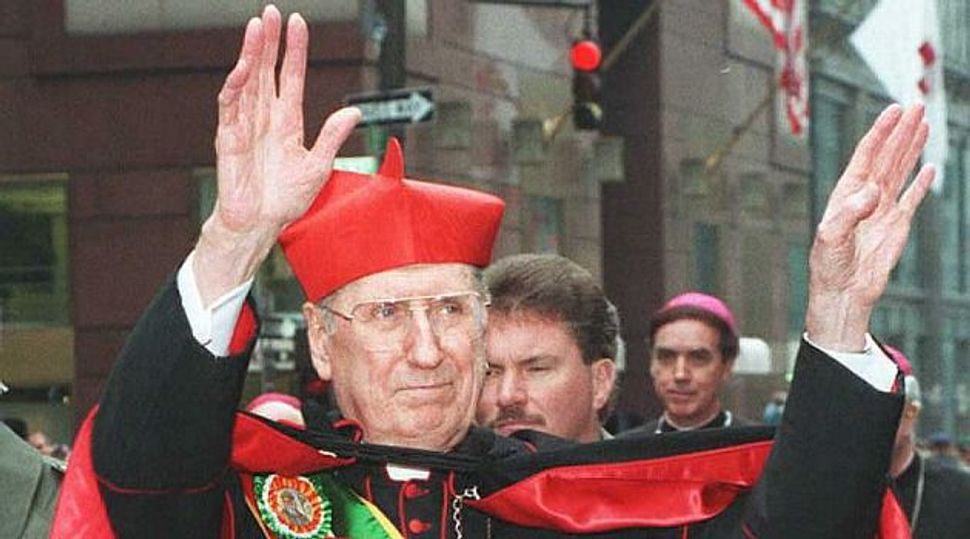 Cardinal John O’Connor, the late archbishop of New York, was technically Jewish, according to new research.

O’Connor’s sister, Mary O’Connor Ward, recently discovered through genealogical research that her mother, Dorothy Gumple O’Connor, was born Jewish but converted to Catholicism before she met and married the O’Connors’ father.

Ward told the newspaper Catholic New York that she does not know whether or not the late cardinal, who died in 2000 at age 80, knew that his mother had been Jewish. Ward said her mother never spoke about her Jewish roots but that when she was growing up, she “surmised” that her mother was a convert.

According to halachah, or traditional Jewish law, anyone with a Jewish mother is considered Jewish.

O’Connor had close ties with New York’s Jewish community and co-authored a book with the late New York City mayor, Ed Koch, who was Jewish. O’Connor often described Jews as Catholics’ “elder brothers,” marched in protests to free Soviet Jews, visited the site of the Dachau concentration camp and joined Jews in commemorating the Holocaust.

A native of Philadelphia, O’Connor became an auxiliary bishop in 1979 and bishop of Scranton, Pa., in 1983. In 1984, Pope John Paul II named him archbishop of New York, a position he held until his death, and O’Connor was made a cardinal in 1985.

Ward said her brother likely would have been proud of his Jewish roots. She credited her daughter, Eileen Ward Christian, for pushing her to conduct the research that led to the Jewish discovery.