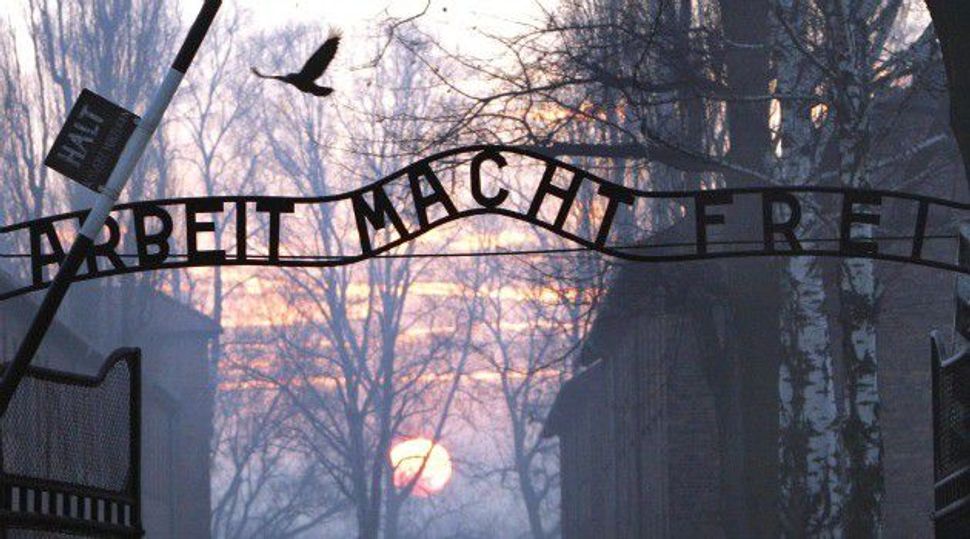 A California school district said it will rewrite an eighth-grade assignment that asked students to argue whether or not the Holocaust happened.

The writing assignment for students in the Rialto Unified School District asked students to write an argumentative essay about the Holocaust in which they must explain “whether or not you believe this was an actual event in history, or merely a political scheme created to influence public emotion and gain wealth.”

The existence of the assignment, made in April in connection with a unit on “The Diary of Anne Frank,” was first reported Sunday by the San Bernadino Sun.

The students were required to use outside sources to make their argument.

Interim Superintendent Mohammad Z. Islam said he would caution administrators to make sure that “any references to the holocaust ‘not occurring’ will be stricken on any current or future Argumentative Research assignments,” according to a statement released Monday by district spokeswoman Syeda Jafri, who said that an academic team from the school district would meet to change the assignment .

Jafri told the Sun that no parents had complained about the assignment,

In an email to the school district from the Los Angeles office of the Anti-Defamation League, Associate Regional Director Matthew Friedman said: “It is ADL’s general position that an exercise asking students to question whether the Holocaust happened has no academic value; it only gives legitimacy to the hateful and anti-Semitic promoters of Holocaust Denial.”

In a statement posted on its website Monday, the office said: “ADL does not have any evidence that the assignment was given as part of a larger, insidious, agenda. Rather, the district seems to have given the assignment with an intent, although misguided, to meet Common Core standards relating to critical learning skills. ADL has thanked the district for its quick response to this matter.”