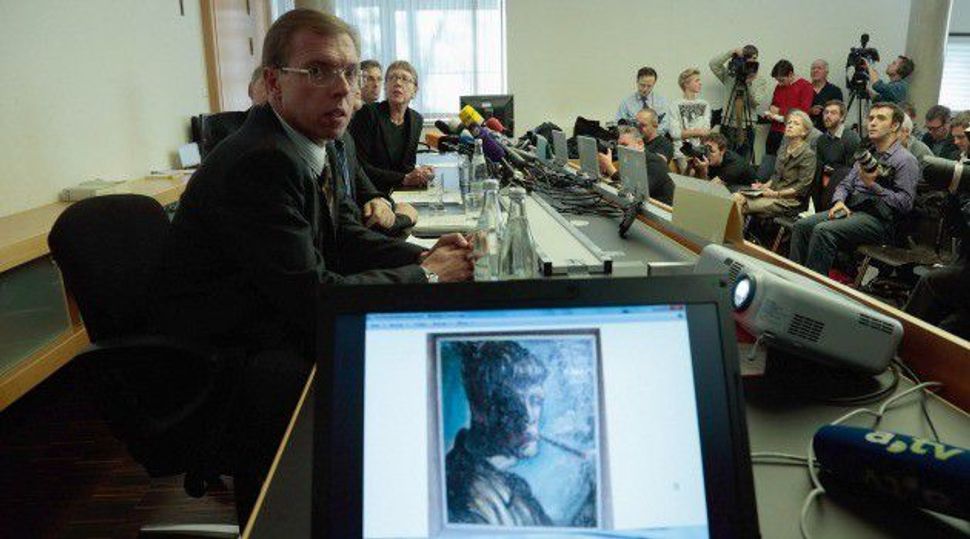 The elderly recluse whose Munich apartment contained a secret art hoard, including masterpieces looted by the Nazis from their Jewish owners in World War Two, has died after a heart operation, his spokesman said on Tuesday.

Authorities stumbled upon Cornelius Gurlitt’s trove of paintings and drawings by the likes of Marc Chagall, Toulouse-Lautrec and Picasso in 2012 after a routine check on a train from Switzerland turned up wads of cash, triggering a tax probe.

His spokesman Stephan Holzinger said 81-year-old Gurlitt had decided to return home, looked after by his doctor and a nurse after a complicated heart operation, and spend his final days in the Munich flat that once housed part of his beloved collection.

Gurlitt’s collection was assembled by his father, an art dealer put in charge of selling what Adolf Hitler called “degenerate” art to help fund the Nazis’ war effort.

Now worth an estimated 1 billion euros ($1.4 billion), the hoard remained undetected for decades in the Munich flat and a house over the Austrian border in Salzburg. Gurlitt sold pieces occasionally to finance his quiet lifestyle and his healthcare.

“I haven’t loved anything more than my pictures in my life. But hopefully it will all be cleared up soon and I will finally get my pictures back,” he told German magazine Der Spiegel in a rare interview last November, when he was already very frail.

Gurlitt recalled helping his father save some of the works from wartime Dresden and said the state had no right to impound treasures he called the love of his life.

He had been cooperating with authorities to determine if any of the 1,280 artworks had been stolen or extorted from their original owners, many of them Jews fleeing the Holocaust.

Under the agreement, Gurlitt agreed to let a task force of art experts research works whose provenance remained in doubt while others were returned to him.

German Culture Minister Monika Gruetters praised Gurlitt for agreeing to the research and restitution work, though Gurlitt himself told Der Spiegel he was “giving nothing back willingly”.

“He will be rightly recognised and respected for taking this step,” Gruetters said in a statement.