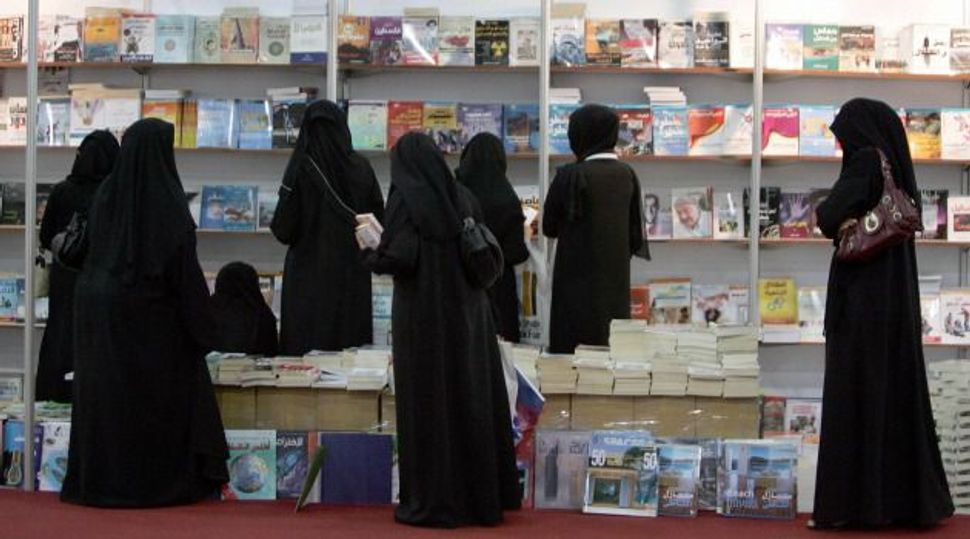 A book fair in Abu Dhabi removed copies of the “Protocols of the Elders of Zion,” among other anti-Semitic texts, the U.S. State Department said.

“We welcome reports the organizers of the book fair removed both anti-Semitic and Jihadi texts from display, and that these hateful materials represented only a miniscule percentage of the literature on display,” spokeswoman Marie Harf said this week.

Harf said she did not know what led to the removal of the texts from the fair, which ran from April 30 to May 5, but her comments came after Algemeiner, an online Jewish news website, reported that the books were available at a fair where the United States was listed as a “cultural partner.”

“The United States is listed as one of many, quote, ‘cultural partners’ of the Abu Dhabi Book Fair,” she said. “In this case, like many other countries, the United States simply hosted a booth at the fair staffed by U.S. Embassy personnel.”

A State Department official said combating the dissemination of the notorious forgery “Protocols” and other anti-Semitic publications is a department priority.

“We are concerned that the continued dissemination of the ‘Protocols’ is fueling anti-Semitism around the world,” the official, who commented anonymously to speak without authorization, told JTA.

The official noted that the Aladdin Project, a Paris-based organization advancing Muslim-Jewish understanding, also had a booth at the fair and was selling noted works on the Holocaust in Arabic translation, including Anne Frank’s diary.