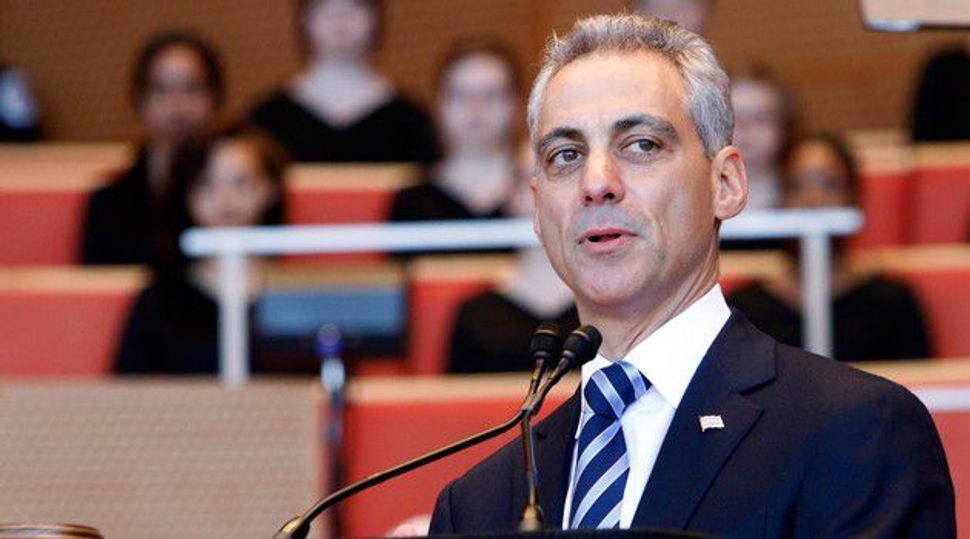 Chicago Mayor Rahm Emanuel, a former White House aide to Presidents Barack Obama and Bill Clinton, on Friday joined the Ready For Hillary group that is urging former U.S. Secretary of State Hillary Clinton to run for president in 2016.

Emanuel, who also served in the U.S. House of Representatives, will headline two fundraisers for the group in June. His support comes less than a week after Virginia Senator Tim Kaine also backed the effort.

“I’ve seen firsthand how Hillary has inspired women and men, and girls and boys, here in America and across the globe, and I know that as president, she would continue to move our country forward,” Emanuel said in a statement from Ready For Hillary.

The group – a super PAC that voluntarily caps donations at $25,000 – is not officially affiliated with Clinton, who says she will decide whether to pursue the White House after November’s congressional elections. But it boasts the backing of numerous Democratic officials and donors.

Clinton is the overwhelming favorite to be the Democratic nominee in 2016 if she chooses to run again. Preliminary polling shows her leading all other potential White House aspirants after she served for four years as Secretary of State under Obama.

The former First Lady and New York senator lost the hard-fought 2008 nomination battle to then-Illinois Senator Obama, and has since openly spoken about the difficulties of presidential campaigns.

The June release of Clinton’s memoir of her time at the State Department is expected to kick off a more intense national discussion of her presidential prospects.