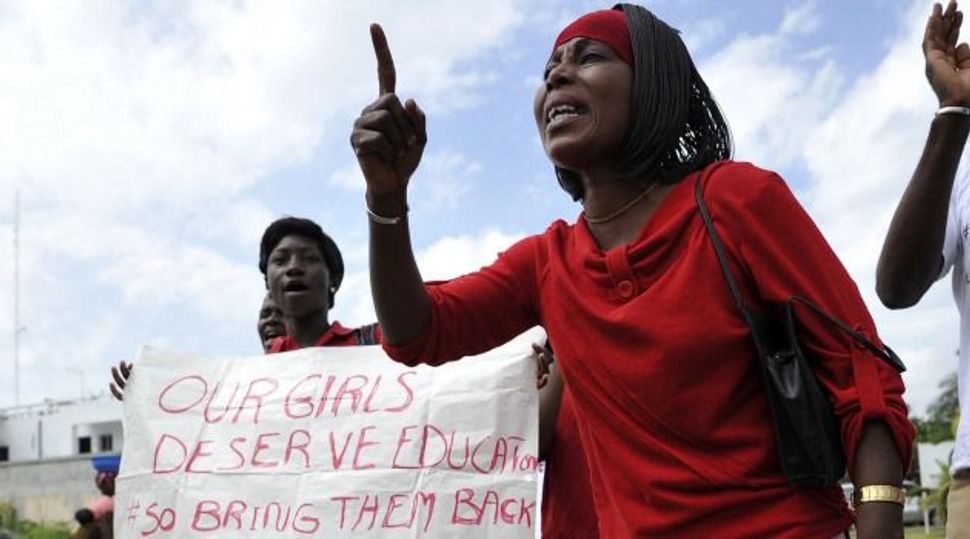 Nigeria bought Israeli surveillance drones years ago that might have been used to hunt for more than 200 girls held by Islamist rebels, but poor maintenance has left them grounded, two official sources and the aircraft’s manufacturer said.

“To the best of our knowledge, these systems aren’t operational,” Tsur Dvir, marketing officer for Aeronautics Defense Systems, a firm based south of Tel Aviv that supplied Nigeria with Aerostar unmanned aerial vehicles, said on Tuesday.

A Nigerian government source and a former military attache to Nigeria both confirmed the information, although they said details were sketchy owing to the secretive nature of Israeli-Nigerian military cooperation.

The Nigerian military did not immediately respond to a request for comment, but the disclosure could further embarrass President Goodluck Jonathan’s administration, which has been criticized for its slow response to the hostage crisis.

Israel last week sent intelligence and hostage-negotiation officers to Nigeria to work alongside U.S., British and French experts helping the Nigerian authorities in the search, an Israeli official said on Tuesday.

“These are not operational troops, they’re there to advise,” the Israeli official said, speaking on condition of anonymity

The April 14 abduction of the girls by Islamist militant group Boko Haram, and the inability of the military to locate them after more than five weeks, have stirred a global outcry.

Failure to maintain equipment is seen as one reason why Nigeria’s military has been unable to quell the militants. Nigeria argues counter-insurgency is something it never had to deal with until the Boko Haram uprising five years ago, and so is having to slowly learn.

Dvir, speaking on the sidelines of a conference organized by Israel Defense magazine, told Reuters that since the drones were purchased several years ago, Nigerian clients had not commissioned Aeronautics to carry out any routine maintenance.

“We did receive an inquiry from them about spare parts, but it never turned into a deal. I wish it had,” Dvir said, arguing that with their extensive flying range and thermal cameras capable of picking up body heat at night, the Aerostars could have helped scour northern Nigeria for the missing girls.

“They (drones) are probably parked in a yard somewhere.”

Dvir did not say how many Aerostars were bought by Nigeria.

Nigeria’s defense spokesman could not immediately be reached for comment.

The former attache said the deal was struck in 2006, with a view to deploying the drones in the oil-producing Niger Delta, where militants were attacking crude pipelines and kidnapping oil workers before an amnesty three years later. They never flew.

Last December, Nigeria also unveiled a locally made drone at an air force base in Kaduna, although it has not flown since.

A government adviser said the Israeli drones were among many procurements that quickly went obsolete owing to lack of maintenance.

Neither source, nor the company, knew how many had been bought, but an aerospace industry source said they each would have been worth between $15 million and $17 million.

The U.S. military is already flying manned and unmanned surveillance aircraft over Nigeria to look for the girls, whose seizure piled pressure on President Jonathan to deal with the rebels.

Boko Haram has killed thousands of people in its campaign to establish an Islamic state in mostly Muslim northeast Nigeria.

Israel has defense ties with a number of African countries. Last September, it sent advisers to Kenya to help in a siege at a shopping mall in Nairobi, where Islamist militants killed at least 67 people in a gun and grenade attack.