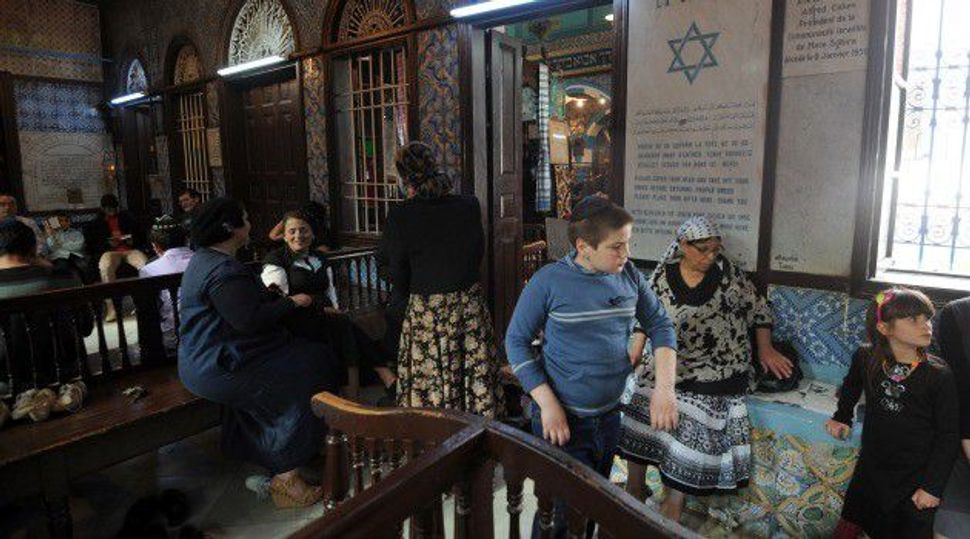 African Journey: Jews participate in the annual pilgrimage to a synagogue on the island of Djerba in Tunisia.

A Jewish Tunisian man was stabbed in the chest after a fight at the Jewish market in Djerba.

Tunisia’s chief rabbi, Chaim Bitan, was quoted as telling the news site AfricanManager.com that the unnamed victim sustained wounds that are not life threatening in the stabbing Thursday and is currently in hospital. The report did not say what led to the man’s stabbing, but it said the attacker was a Muslim man.

Last month, a member of the southern Tunisian island’s 2,000-strong Jewish community was wounded in another stabbing, which Tunisian police said was not a hate crime.

Approximately 1,500 Jews, including Israelis, visited Djerba this month for the annual Jewish pilgrimage to the El Ghriba synagogue.

But this year the pilgrimage was mired in controversy as opposition lawmakers accused the government of normalizing ties with Israel because it was letting in Israeli tourists.

Israel recently advised its citizens not to visit Tunisia for fear of terrorist attacks, according to the Israeli daily Yedioth Acharonot.